Yoga and meditation have been growing in popularity through the years as the main techniques to train the mind and body. They both have their own strategies and benefits, and people who have practiced them have found great value.

And while these two techniques are useful and effective, they seem to have lots of similarities. Many people say they are same thing.

But the truth is, there are some basic and fundamental differences between them that cannot be overlooked.

Let’s take a deeper look into meditation and yoga, and how they differ from one another.

In the modern world, yoga is generally perceived as a fitness exercise that includes making different poses for the sake of physical health and peace.

But it goes far beyond that.

To find the true definition of yoga, we have to go back a couple of thousands of years ago, to the days of the well-known sage,

Patanjali. The sage wrote texts on yoga called the Yogasutras, which give a clear meaning of the essence of the practice of yoga.

According to the sutras, yoga is “The settling of the mind into silence in order to ground ourselves in our essential nature called the unbound consciousness”.

The word yoga comes from a Sanskrit word called “Yuj”, which is known to mean “unity with the source of existence”.

The main aim of this practice is unifying the 3 main aspects of life which are the mental aspect, physical aspect and spiritual aspect.

Deepak Chopra, the well-known alternative medicine advocate and author of the popular books, “Timeless Body, Ageless Mind” and “Spiritual Laws of Success” says it helps us move beyond what we term as our habits and beliefs and get to experience the self, which is not bound or limited in any way.

We are able to get to a state of consciousness where we are enlightened and completely free from all kinds of conditioning.

To achieve the goal of unifying our mental, physical and spiritual aspects using yoga, different approaches are taken.

Mostly, people immediately turn to the idea of making difficult poses when they hear about doing the practice, however, that is only part of the practice.

Yoga comes in many forms and involves many strategies.

There are actually 8 limbs of yoga which incorporate various styles used in the practice. These are:

1. Yama (which involves working with the virtue of restraint)

3. Asana (which involves postures that help with mind body integration)

4. Pranayama (which involves breathing exercises that help with neuro-respiratory integration)

5. Prayahara (which involves turning inwards so as to connect with the toned down sensory experiences within ourselves)

6. Dharana (which involves concentration and developing mastery in terms of intention and attention)

7. Dhyana (which involves meditation to help with unifying the individual with the universe)

8. Samadhi (which involves being one with all beings where you find pure awareness and the self)

It is also important to note that there are different types of yoga and they keep increasing as the practice keeps spreading. The types of yoga have been adding up through the years and there is a chance the number will keep growing as the number of people doing yoga grows and as it is known in different parts of the world.

When it comes to how yoga changes the brain, there are a good deal of changes that have been observed.

Studies show that there is increased gray matter in the brain of yoga practitioners in regions like the left para-hippocampal gyrus, hippocampus and insula which are linked to memory (short and long term), learning, sensorimotor processing, social-emotional processing and various other cognitive functions (1)(2)(3).

Meditation is referred to as the continuous training of the mind to solve the thought process with the aim of reaching the source of thought.

Deepak Chopra says that meditation allows you to get in touch with your true self, which is a feel of infinite possibilities, creativity, correlations, synchronicity and power.

Other than having a different way of doing the practice, the varying types of meditation are meant to bring different benefits.

Having started out as a spiritual and religious practice, meditation is now being done by everyone who desires to work with it. It is not limited to any religion or spiritual group. It is done by many people for self development purposes.

As previously mentioned, there are different forms of meditation which are practiced differently.

Many of them involve directing your focus on your breath or a chosen object as a way to help you bring your attention to one place and have an easy time getting into the meditative state.

One of the most difficult things to do is maintain your focus on the object you are supposed to when meditating.

The chatty nature of the mind and its tendency to move from one thought to another gets in the way and makes you lose focus.

This is particularly common with beginners and it is considered okay.

However, you are encouraged to do your best to maintain your focus where the practice you are doing requires you to.

Whenever you notice your attention is lost, you should gently redirect it to the object.

A typical meditation session will have the meditator having moments of focus and other moments of lost focus. But by training your mind through meditating frequently, you are able to have long periods of focused attention.

You should aim for those times when you have a full meditation session with 100% focus and attention without your mind drifting away.

The longer you are able to maintain the aspect which the type of meditation you are on is trying to ground you on, the better for you as it shows a sign of mental development and mastery.

That is, if you are doing mindfulness, the longer you are able to be mindful, the better for you. The same goes with other types of meditation.

Ideally, you should seek to establish the essence of the form of meditation you are doing in your life and make it work on a daily basis.

There are lots of benefits associated with doing meditation on the long term. There are also changes that happen to the brain during meditation, both temporary and permanent.

It is worth knowing them so that you know how far in your life meditation goes, when you take it seriously.

Here are the similarities between yoga and meditation:

* They both require constant effort – As with any training of the mind or body, both meditation and yoga need regular practice. To get better, you have to commit to doing them on a frequent basis.

The best way to go about it is to set aside a time of the day when you are always free throughout the week and do your best to do either of the practices as often as you can as part of your schedule.

Although, when you are starting out, you are encouraged to do it for a short period of time and then increase the length and frequency of the sessions as time goes by.

* They both require proper guidance – Beginners of both practices are strongly encouraged to learn how to do them from trained, qualified and experienced experts.

For you to know how to execute different stages of either of the practices properly so as to get the expected benefits, you need to have been taught by someone who really knows how things are done. Often, people go for YouTube videos or audios and end up getting half-baked or completely wrong training that don’t benefit them in the long run.

Retreats are organized for both techniques in different areas of your country or the world and it is important that you attend if you wish to truly benefit from the practice you feel is your right fit.

* They have almost all similar benefits – Both meditation and yoga, from the angle of the mind, seem to provide the same benefits. They both help with reducing stress, depression, anxiety and pain, improving heart health, boosting quality of sleep and life.

These are the differences that exist between meditation and yoga:

* Work on different aspects of life – Meditation is a practice that aims at training the mind. Yoga, on the other hand, trains the mind and body. Experts on both say that meditation is a mental form of yoga. And that is supported by the fact that meditation (Dhyana) is a limb of yoga.

* Have different levels of difficulty – While both practices need time and patience to be mastered and for the practitioner to benefit, yoga is a bit more difficult to work with compared meditation. The movements and postures, among other aspects, in yoga need a lot of exercising to get them right.

* They are practiced differently – With most forms of meditation, the meditator is only required to find a fairly comfortable place to sit down and meditate as they will be sitting in one place throughout the session. However, with yoga, the one doing it gets into various postures and moves a lot.

Overall, yoga is definitely different from meditation. However, both practices come with varying benefits that go a long way in the lives of those who get involved in them, as we have mentioned above.

If you are looking to get started, we recommend trying out both of them and having a personal feel of what works best for you. You might like meditation more, or yoga, or even both.

What you need to do is look for professional training and guidance on both techniques so as to best assess their value in your life. After that, you can make a choice. 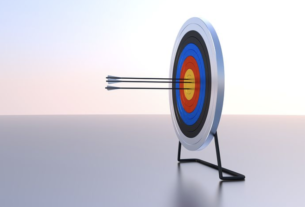 What is The Goal of Meditation – Understand Your Practice Better 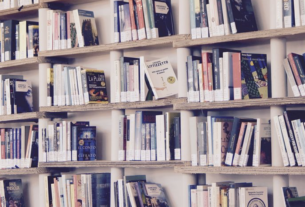 8 thoughts on “What is the Difference Between Yoga and Meditation”