Supraliminal priming is often mentioned when we talk about subliminal messages and subliminal priming. And while they seem to have some similarities, there are clear differences amongst them.

Supraliminal priming is an effective way of influencing the mind from different angles and it has been found to bring rewarding results when applied properly.

Here, we focus on what supraliminal priming is, its mechanism of action, its effects, and its association with subliminal priming.

What is Supraliminal Priming

Supraliminal priming is a type of priming that uses consciously perceivable primes to have a given influence on a person or people (1)(2).

The word priming means preparing and increasing the sensitivity of someone towards an upcoming action or effect.

In this case, supraliminal priming is a form of priming that uses primes that can be seen by the targeted people but they are not aware of the effects these primes have on them.

An example of supraliminal priming is a case where someone wishes to influence people and increase their sensitivity towards a dog that they will be seeing in the near future.

This person then uses the word “dog” as the stimulus and puts it in a place where people can easily see and perceive using their sight.

The people will see the word dog but they won’t know what effect that exposure has on their mind.

Supraliminal priming, although perceivable by the conscious mind, has the strongest effect on the subconscious mind and these effects are not known by the person being influenced if they don’t know what the purposes of the words that have been used as a stimulus are.

When it comes to influencing the mind, there are two main types of priming that are used.

Subliminal priming is the priming that uses primes that cannot be seen by the person being primed and which cannot be detected by the conscious mind.

The subliminal primes are usually below the absolute threshold level.

The absolute threshold level is the lowest possible stimulus level a person can discern using their senses.

When a stimulus falls below this threshold, your conscious awareness cannot be able to perceive it but the subconscious mind can.

The other type of priming is supraliminal priming that uses primes that can be seen by a person and which can also be detected by the conscious mind.

The stimulus used in this priming is above the absolute threshold level hence the reason why it can be perceived.

This is the difference between the two types of priming.

The similarity between them is that they both influence the subconscious mind which in turn has an effect on people’s choices, decision-making processes, behaviors, levels of motivation, and perception.

These two priming methods can be used separately or together (4).

Supraliminal priming itself is administered in different ways.

Visual priming can use supraliminal priming by using stimulation that you can easily see.

Masked priming, which is a type of visual priming works with #### (four hash symbols) which are shown before and after the prime has been exposed to the targeted people (5)(6).

Semantic priming is also another priming type that can use supraliminal objects that are semantically related to each other such as dog and wolf.

The subconscious mind is known to have control over many aspects of our lives such as the way we behave, the decisions we make, and our attitude as well as action (7)(8).

Therefore, the supraliminal priming technique can be used to improve our attitudes, behaviors, actions, and choices to help us live much happier and more fulfilling lives.

The technique has also been used by other industries to help boost their operations and returns by influencing the choices, decision-making processes, and behaviors of their potential customers.

Advertising is one of the industries that has highly leveraged subliminal messaging and priming.

Many advertisements that use different promotional methods and means such as televisions, banners, posters and others methods that the consumers can perceive, has had some effect on the way the consumers decide on the brand of products they wish to purchase as well as influence their political behavior, choice and attitude (9).

The advertisements can promote the products directly to the consumers or they can use other subliminal and supraliminal strategies that have a subconscious effect on the people who interact with them.

Although subliminal messaging in all its forms has been banned in some countries, many other countries have allowed it to be used by companies and it carries some weight in terms of the sales a company makes.

Entertainment is also another industry that has the ability to use this technique to impact its consumers too. Visual and auditory primes can be used to influence certain behaviors and actions by those who watch and listen to the various forms of entertainment.

It is claimed that many entertainment companies have used messaging with images and symbols that are related to sex and other negative suggestions in their movies and TV shows.

We believe that supraliminal priming and subliminal messaging, in general, can be used for greater life-improving causes such as getting consumers to make better choices with regard to their health, academic performance, finances, and overall lifestyle.

And if future studies on this priming can be based on these positive attributes, we will be able to discover how to better our lives and those of our kids in the long term.

What Research Says About Supraliminal Priming

There have been a good number of studies on the effect of supraliminal priming and using supraliminal objects, and they have shown great potential in influencing the mind (10)(11)(12)(13).

One of the research studies was done on participants that involved flashing them with motivational hidden subliminal priming and then with fully visible supraliminal priming as the researchers measured the force and the reaction time of a handgrip exertion (14).

Results revealed that when the participants were primed with supraliminal priming, the reaction time decreased while the force increased.

The same results were found with subliminal priming.

This goes to show that the mind doesn’t really require the conscious perception of motivation to increase effort.

Supraliminal priming is a very promising technique that can really improve various aspects of our lives.

With further research, we can get to have a good grasp of how it affects us and even uncover many more of its applications. 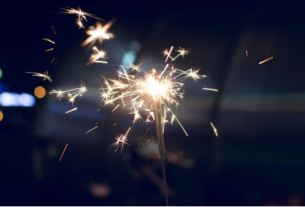 What is a Subliminal Stimulus – A Thorough Explanation 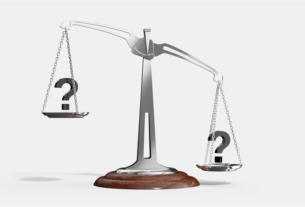 What is The Difference Threshold – A Detailed Description

8 thoughts on “What is Supraliminal Priming And How Does it Affect Us?”