Subliminal messages have been found to be effective in various areas of our lives. They help increase our sense of youthfulness, motivate us to do the things we looked forward to doing and even influence our thoughts and behaviors (1)(2)(3).

Subliminal priming is one of the essential aspects of subliminal messaging that makes this technique a success.

We take a deep look at what subliminal priming is, how it works, and its effects.

What is Subliminal Priming

The word priming means preparing something for a certain upcoming action of effect.

In the case of subliminal messages, subliminal priming is the increasing of a person’s sensitivity towards a certain targeted stimulus so that the stimulus has a higher effect in the person when they come in contact with it (4).

Subliminal priming happens below the threshold of consciousness so that the person doesn’t detect it.

An example of subliminal priming is when someone is exposed to the word ‘accident” and then given the choice to drive fast, the person will likely not drive fast because of the exposure they got earlier.

It is not only away from the conscious awareness level but also far from the memory that is based on retrieving information that has been stored in the mind.

1. Olfactory priming – This is the priming that occurs when an odor is used as a prime to have an influence on how someone evaluates the targeted stimulus. This type of priming has not been well understood as few studies have been done on it.

One of the studies has shown that if people are presented with faces they are supposed to rate and each face was presented with a certain odor, the odor would affect how a person rates the faces presented to them (5)(6).

2. Semantic priming – The word “semantic” means related to meaning in language or logic. Semantic priming, therefore, happens when the prime and the target are somehow related and have almost the same features. An example of this would be using the word “wolf” to be a semantic prime for the word “dog”.

3. Associative and context priming – Associative priming happens when there is an association between the prime and the target, but it doesn’t necessarily have to be semantically. For instance, the word “cat” can make a good associative prime for “dog” since they are often used together and have a close association.

Context priming, on the other hand, takes advantage of the fact that different contexts have a higher chance of bringing about certain stimuli. People having to vote in churches or schools may have an effect on how they vote. And context priming happens when a word is used to speed up the processing of the stimuli.

4. Visual priming – This is a type of priming that works only with visual stimulation and nothing else. Masked priming is a certain type of visual priming where the #### (4 hash) symbols are shown before and after the prime has been shown. Visual priming has been found to have more lasting effects than semantic priming (7)(8)(9).

7. Response priming – This is a type of subliminal priming where there is a rapid succession in the exposure of the prime and the target stimuli (10).

There are 2 essential factors to be considered so that there is effective subliminal priming. These are:

– Minimization or removal of contamination – Contaminators such as consciously perceived stimuli are known to reduce the effect of subliminal priming. And reducing these contaminators in different ways such as setting a duration limit of the exposure of the stimulus, can help.

– Differences in emotional and neutral stimuli – Studies show that emotion enhances the processing of the memory in spite of consciousness. People often like images associated with positive emotions such as happiness or joy. So there is the need to keep in mind the emotional stimuli you trigger as you do the subliminal priming (11).

Subliminal priming has demonstrated its abilities to positively influence the human mind.

Studies carried out to determine whether subliminal priming of a drink’s brand name can have an effect on people’s choices for the brand and if the effect is moderated by a person’s individual thirst feelings concluded that priming affected the choice and the intention of the participants to drink the primed drink but was limited only to the participants who were thirsty (12).

Another study involved a series of experiments that leveraged subliminal priming on participants using some words related to intelligence and other unrelated words before doing a practice exam that was a few days before the actual course midterm (13).

It was concluded that the intelligence primes, compared to the neutral primes, improved the performance of the participants on the midterm.

These and other research studies have gone to show how subliminal priming can influence choices, behaviors, decision-making processes, motivation levels, and even persuasion, and how we can use this technique to improves varying aspects of life (15)(16)(17)(18)(19).

Subliminal priming has been applied in many areas and it can also be used in different aspects and contexts to help bring about more effective results. Here are some of the well-known cases where subliminal priming was used.

* In politics – In 2000, President George W. Bush was said to use priming in his television ad where the word “RATS” was included in a huge font size to help have the edge over his Democrat competitors. The FCC (Federal Communications Commission) looked into the matter but there were no penalties in the case (20).

* In movies – The movie “Top Gun” by Tom Cruise used placing of products to increase the sales subliminally. Tom Cruise wore Ray Ban sunglasses while doing the film which resulted in the huge popularity of the sunglasses.

* In sports – There was a barcode that subliminally flashed the logo of “Marlboro” in Ferrari F1 cars, which was the sponsor of the producer of Ferrari. Since this was also violating the ban in advertising tobacco, it was taken away in 2010.

* In music – The two famous songs said to have included this technique are “Better by You, Better Than Me” and “Do It” by Judas Priest, the English heavy metal band. The band was taken to court after it was believed that the songs influenced the suicide of two young men. The band was however released after the judge ruled that the two young men had the intention of committing suicide.

* In war – In war, an instrument known as the tachistoscope which is used to expose objects to the eye for a short measured period of time was used to test the eyesight of soldiers and enhance their reading speed during the period of World War II.

There are other areas that subliminal priming can be applied such as olfactory priming that uses odors. Although, more research is required in this and other areas to understand properly how to interact with these techniques as their pieces of evidence remain limited.

This is a growing area of study that certainly needs a more collaborative and methodical approach as well as an effort to help us discover and maximize its potential and effects in our lives.

Brain Bullet Review – Good Software But Not The Best! 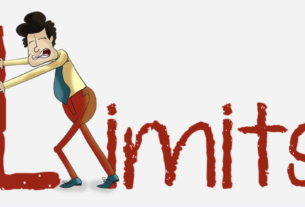 What is Absolute Threshold And What You Need to Know

2 thoughts on “What is Subliminal Priming And How Does it Work?”