Power yoga is among the most popular styles of yoga and you might have seen it mentioned in a couple of places online. If you wish to know everything there is about the practice, then this complete beginner’s guide to power yoga is going to come in handy for you.

Here, we will look at what power yoga really is, its origins, how it works, its benefits, side effects and precautions, how to do it, and frequently asked questions about it.

What is Power Yoga

Power yoga can be described as a fitness-based approach to yoga.

This is a high-intensity practice that looks more like an aerobic exercise as opposed to a calm and contemplative exercise as most yoga styles are perceived.

Power yoga is aimed at building endurance, flexibility and strength, and the poses in this practice are done fast and the transition from one pose to the next is quick in a way that brings oneness to the whole exercise.

Although the exercises are demanding physically, focus on breath and mindfulness are essential and heavily emphasized as the poses are being done, as that is what brings unity to the mind, body, and spirit. The poses and movements are linked to the breath.

Power yoga is commonly referred to as “gym yoga” due to the fast-paced workouts it gets the practitioner to do. The practice adopts most aspects of vinyasa yoga which is why most experts say it is a form of vinyasa yoga.

Power yoga can be a useful practice when it comes to burning extra calories in your body along with other physical and mental health benefits.

Bryan Kest also learned under David Williams while Bender Birch had also been given yoga lessons by guru Norman Allen.

The two teachers, David and Norman, were the first generation students of Sri K. Pattabhi Jois that had come from the West. After learning from the different masters, Bender and Bryan felt the need to move away from the rigid sequence of Ashtanga yoga due to its consistently similar order of poses.

That is how they both came up with power yoga, which is more diversified with each class being different and each power yoga teacher across the world having a unique approach.

Bender Birch has written a couple of books on power yoga which include “Power Yoga: The Total Strength and Flexibility Workout” and “Beyond Power Yoga: 8 Levels of Practice For Body And Soul”.

Some experts argue that power yoga is not fully sufficient as a yoga practice as it overlooks the key aspects like spiritual aspects as it directs its main focus to the physical aspect of the practice.

Power yoga is a sweat-breaking exercise that also involves meditation and chanting. The classes vary from one teacher to the other. The duration of the classes ranges from 60 minutes to one hour and a half.

Anyone who takes up this style of yoga should be prepared to get their heart beating hard and fast as the intensity is quite high.

The practitioner gets to focus on a given body part and begins doing simple poses and later increases the intensity to get to the more advanced poses as you exhale when you are making transitions from one pose to the next. This makes the warming of the muscles fast, boosts the intake of oxygen, and increases the heart rate too.

Some key aspects make power yoga unique. These are:

* It’s more of an aerobic exercise – Power yoga involves a series of full-body workouts that will increase your heart rate and encourage the burning of fat in your body.

* Mix poses from vinyasa yoga and ashtanga yoga – Power yoga borrows many of the poses and postures in vinyasa yoga, especially the concept of bringing together movement with breath. It also works with foundational concepts of ashtanga yoga where poses flow in a very ordered manner.

* It aims to build body strength – The practice advocates for holding the poses for up to 60 seconds which promotes strength building in targeted groups of muscles.

When it comes to power yoga, there are different types. Other yoga experts have modified different yoga practices to come up with their own form of power yoga.

Baron Baptiste, a popular yoga instructor created a style of power yoga called Baptiste Power Vinyasa. Considering the fact that Baron had studied Bikram yoga and Iyengar yoga, his style of power yoga is bound to be different from the one that Bryan and Bender created.

Moreover, Larry Schultz is another yoga teacher who had studied with Sri K. Pattabhi Jois who also came up with another modified version of ashtanga which he called “Rocket Yoga” which is yet another type of power yoga.

The most common benefits of power yoga are:

2. Improving your cardiovascular health – Research shows that power yoga leads to increased heart rate. The fact that the practice can not only boost but also sustain your heart rate means that the flow of blood and oxygen also increases in your body. This translates to more stamina and better fitness levels, energy levels, brain performance, sleep, better lungs and heart, muscles and bones, and overall improved health (2).

3. Reducing stress – The practice of power yoga has been found useful in bringing down high levels of the stress hormone called Cortisol. The practice is so powerful that even a single session can bring about noticeable improvements in stress levels (3).

4. Promoting loss of weight – While many studies on this aspect look at yoga as a whole, the fact that power yoga is a high-intensity practice that is fast-paced, makes it sensible to conclude that power yoga is one of the styles of yoga that can really encourage weight loss. The general studies on yoga and weight loss suggest that the practice can help to burn calories by helping to regulate food intake, increasing awareness of satisfaction with food, helping people feel more in touch with their bodies, and increasing awareness of the discomfort that comes from overeating (4).

Side Effects, Risks, and Precautions With Power Yoga

Keeping in mind that power yoga is physically demanding, you need to exercise caution when you practice.

First, you should avoid the practice if you are not physically fit. You don’t need to be in perfect shape but you need to be somewhere close to being fit since the poses require more flexibility and a generally fit body.

On top of having a fit body, it is preferable to have also done another form of yoga before getting into power yoga. Power yoga is not necessarily the best yoga style to begin your yoga journey with.

If you also struggle with other health issues such as arthritis, diabetes, and other illnesses that can worsen your case if you get engaged in power yoga, you should avoid the practice. Avoidance will help you reduce the chances of getting injuries or making your health condition worse.

If you’re pregnant, you should consider other styles of yoga such as prenatal yoga, which are more designed for pregnant women as opposed to power yoga which may put you and your unborn child at risk.

A word of advice would be to check in with your doctor first and ensure that they give you a go-ahead to do power yoga based on their assessment of your current health status.

It is also worth noting that power yoga classes can be quite expensive for some people and paying for them every week can be hectic. So you need to be well-planned financially before beginning your classes.

How to Practice Power Yoga

When it comes to doing power yoga, you should consider getting yourself a well-trained, qualified, and experienced power yoga teacher.

Although there are different kinds of power yoga and the teachers may be differently trained, the main aspects you should look out for are a teacher who is grounded in the practice of yoga and fitness, and understands at least one style of power yoga.

You should also ensure that they embody the founding principles of yoga, which include a good balance of discipline and compassion, and make sure you get along with them naturally.

Do background checks on the instructor and read student reviews to get an idea of what you will be getting from them.

You can visit your local yoga studio or search online for power yoga classes and see if there is any center or studio within your neighborhood that offers the practice.

You can also ask your friends and family for good instructor recommendations.

When you finally get a good instructor, have a long discussion with them about your goals and desires for the practice, your current health condition, your fitness levels, and anything else you feel is crucial before you begin the practice.

If you’re a beginner in the practice of yoga, ask if there are introductory classes that can help you prepare for the main classes.

Remember to carry your mat, and a bottle of water, and wear comfortable clothes you can easily do stretches in.

Question: Which are the most common poses in power yoga?

Answer: The poses you will find in power yoga include warrior poses, the four-limbed staff pose, and the crow pose.

Question: Who is power yoga good for?

Answer: If you love yoga and fitness, Power yoga is definitely for you!

Question: How much weight can be lost by doing power yoga?

Answer: Considering the practice of Hatha yoga helps people who have 125 to 185 pounds burn 120 to 168 calories since power yoga is much more intense of a workout than Hatha yoga, you can be sure that you’ll burn more calories (5). 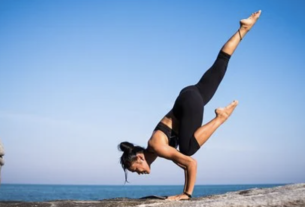 What is Yoga – A Complete Beginner’s Guide! 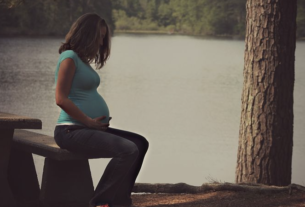 What is Prenatal Yoga – A Comprehensive Beginner’s Guide! 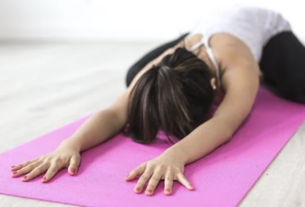 What is Hatha Yoga – A Detailed Look at The Practice!

2 thoughts on “What is Power Yoga – A Comprehensive Beginner’s Guide!”