Our brains are very complicated organs and most often we are not able to control what they make us do.

We may naturally want to be lively and cheerful but that may not be happen, or desire to be in a certain positive state but can’t quite get our brains there.

But the mental health industry has discovered many methods to help us do that without much effort. One of these methods is neurofeedback.

This is an in-depth guide on what neurofeedback is and what it can do for you.

Neurofeedback is a method of brain training where a person is presented with a real time view of the activity of their brain and they are taught the different ways to alter their brain waves and work towards self-regulating different functions of the brain (1).

Simply put, it is a technique that helps you train your brain to perform at optimal levels by regulating the activity of your brain waves through various methods such as watching a movie or playing video games.

Brain waves are the electrical impulses created when your brain cell are communicating to one another.

This electrical activity creates patterns in the brain that influence different states of your mind like relaxation, focus, concentration, sleep and productivity to name a few.

The 5 types of brain waves in the brain are theta waves, alpha waves, delta waves, gamma waves and beta waves. Our brainwave entrrainment guide explains more about these waves.

By regulating the activity of these waves, we are able to reach our desired mental states that allows our brains to function better and keep us healthy on the long term.

Neurofeedback falls under biofeedback that aims at acquiring information about various aspects of the body such as heart rate, skin temperature and body temperature among others, to help a person take control of the processes that happen involuntary within their bodies that affect them negatively.

Actually, neurofeedback is a form of biofeedback that is based on brain waves.

A good way to understand neurofeedback is to imagine a poorly functioning computer. You know that it has the capability to function faster and more effectively, but you don’t know how to make it do that.

Now, you take it to a technician and they do an evaluation to determine the cause of the issues.

Neurofeedback gives you the information about the areas of your brain that are causing you the mental health problems you might be experiencing.

After the technician lets you know about the condition, he offers various ways to solve the problem. The same thing happens with neurofeedback.

After getting to understand your current health status, you are offered various types of neurofeedback solutions to help handle your situation.

Research studies in neurofeedback have shown that it may be possible for this technique to deal with various health conditions including ADHD (2).

The gist of neurofeedback is to compare what your brain is doing at the moment and what you would want to have it do, and then work towards that direction.

What happens is, the areas of your brain that are bringing certain unwanted behaviors or symptoms are identified and then a neurofeedback training plan is formulated to help with rectifying the situation.

The training plan is based on a behavioral changing technique known as operant conditioning that uses rewards and punishments to influence the desired change (3).

In operant conditioning, the idea is to make someone take up a certain positive behavior going by the reward or positive consequence it has.

It is also used in pets to train them to take up certain commands (4).

If you teach a dog that sitting down when it is commanded results to the dog receiving a treat, through time it will be more inclined to sitting when commanded since it has learned that the action brings a desirable reward.

In training the mind, video games, movies and music are used.

When someone is undergoing neurofeedback, they will have sensors placed on their scalp which are connected to a screen to show the activity of the brain in real time.

Their brain activity will be connected to outcomes that the person desires to have. For the most part, it is having a calm, focused and relaxed state of mind.

In the case of a movie, the person will watch a movie they love but with different variations which are in their power.

The movie gets to play smoothly when they are leaning towards the state of mind that they are training for. However, the images in the movie fade and the sound goes off when they get into other negative mental states.

So, to make the movie play smoothly to the end, they have to learn to bring their mind into the desirable state.

Doing this gradually makes it much easier for the person to shift into better mental states.

To better understand this, take an example of someone called John who desires to become more focused.

During the training, John will be watching a movie that he loves on a screen as the technician observes his brainwave activity.

Suppose his favorite movie is “Drive” by Ryan Gosling. The movie will be connected to his brainwave activity so that he is able to control it using his brain.

The reward for getting and maintaining high levels of focus is to have the movie play flawlessly. If he shifts into other mental states, the screen goes dark.

He will naturally want to remain focused so that he can enjoy the movie for a long period of time, and as he trains himself to do that, he makes it possible to regulate his brainwave activity and maintain brain wave patterns that bring about higher levels of focus.

1. Live Z-score neurofeedback – This is a type of neurofeedback that works with ongoing calculations which compare the brain functions on a number of variables such as coherence, power, phase-lag and asymmetries to a standard database that has been scientifically developed. It is used for insomnia.

2. Low Energy Neurofeedback System (LENS) – This is a type of neurofeedback that is used for fibromyalgia, brain injury, restless leg syndrome, depression, insomnia, anger, anxiety and ADHD. It involves conveying a very tiny electromagnetic signal to change the brain waves of a patient when they’re still and with eyes closed.

3. Frequency/power neurofeedback – This type of neurofeedback is also referred to as surface neurofeedback. It is the most commonly used type. It uses 2 to 4 surface electrodes that aim at changing the speed or amplitude of targeted brain waves in specifically targeted areas of the brain. It helps with treating ADHD, insomnia and anxiety.

4. Hemoencephalographic neurofeedback (HEG) – This is a type of neurofeedback that helps with treating migraines as it gives feedback on the supply of blood to the brain at a given period of time.

5. Low-resolution electromagnetic tomography – This type of neurofeedback is also called LORE-TA and it is used for conditions like Obessive Compulsive Disorder (OCD), addictions and depression. It uses 19 electrodes that handle the monitoring of power, coherence and phase.

While neurofeedback has shown positive results in many patients, there have been very few studies on it that have brought mixed results (7).

A 2011 research study even concluded that neurofeedback has a placebo effect after seeing similar changes in the group of people who went through a real neurofeedback training and those who were made to believe they also took the same genuine training (8).

More research is required to determine the effectiveness of neurofeedback as a treatment for some health conditions (9)(10)(11).

Question: What are the side effects of working with neurofeedback?

Answer: Although neurofeedback seems to be safe for most people, there are some people who have reported of side effects after using it. Some of the reported negative effects include light sensitivity, nausea and dizziness for people who have had head trauma or physical brain injury, mental exhaustion and resurfacing of old feelings before fading away completely (23).

Question: How do you find a good neurofeedback practitioner?

Answer: It is always important to make sure you go to a technician who is qualified, certified and experienced. Ensure that the practitioner has been certified and licensed by your local or international relevant authorities. The practitioner should also explain in detail what the treatment you are looking for is all about, what it entails, how you will go about it, the benefits, side effects and also be able to answer any other questions you may have.

In essence, neurofeedback allows you gain some control over your brain by taking charge of your brain waves and mental states.

Brain waves often determine the kind of mental states we are in at any particular time through the patterns they form in our brains.

And by being able to control the brainwave activity through neurofeedback, we are able to have charge over our brain functions and lives in general. 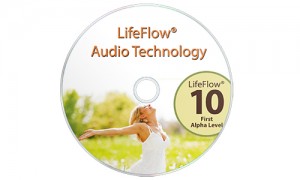 Lifeflow Meditation Review – Great But Not Really The Best!

6 thoughts on “What is Neurofeedback – A Beginner’s Guide”