The popularity of kundalini yoga has slowly been growing over the years especially after people came to learn that celebrities such as Gabrielle Bernstein and Gisele Bündchen have made it part of their lifestyles.

The fans of these celebrities have been eager to know why their role models and idols love the practice so much and are working with it in the long term. And perhaps that is one of the many reasons you got curious about the practice too.

If you would like all there is to know about the practice including what kundalini really is, its origins, how it works, its benefits, its side effects and risks, how to do it, and the frequently asked questions about it, then this is where you should be.

We’ll be having an in-depth look at it here so as to answer all your questions about it.

What is Kundalini Yoga

Kundalini yoga is a form of yoga that uses meditation, sound, movement, and breath to help you quiet your mind and increase your inner energy.

The practice encourages chanting, doing repetitive poses for a long period, and using controlled breathing exercises and meditation as a way of enhancing self-awareness, quietness, and inner calmness and harmony.

The word kundalini comes from the Sanskrit word “Kundal” which means “circular” or “coiled” which represents the concept of the whole practice.

In essence, it is believed that there is a latent powerful energy that lies at the bottom of your spine like a coiled snake that needs to be aroused in order for you to unleash all your potential and abilities as a human, and even get to achieve inner and spiritual awakening.

For the energy to be aroused, you practice kundalini which helps stimulate the energy and bring it up your spine via the seven chakras (chakras are energy wheels or centers in the body) to the topmost chakra at the crown of your head.

To understand what each chakra represents and where it is located in the body, we encourage you to read this beginner’s guide to chakra meditation.

Through the practice of kundalini yoga, you get to heighten your self-awareness by unblocking your energy wheels or chakras for the latent vital energy to flow smoothly in your body and by quieting your mind.

As the energy rises, it brings about balance to the chakras which makes for spiritual wellness that leads to enlightenment with frequent practice.

Kundalini yoga is also sometimes referred to as the yoga of awareness.

The true and accurate origin of the practice of kundalini yoga is not known. The practice was kept hidden for many decades and was only taught to the noble and royal people of various kingdoms.

The practice was being used for self-improvement as early as 1000 B.C. and it appears in the Vedic texts called Upanishads, around that period. It was not until the 1960s, that the West began to benefit from the practice.

Kundalini yoga was introduced to western countries by Yogi Bhajan, a Pakistani yoga instructor who made it a secret no more and began openly teaching it to the public.

Since then, the practice has spread like wildfire and people from across the world are taking advantage of the practice to improve themselves.

In Kundalini yoga, certain components make the practice successful in balancing vital life force or energy and quieting the mind.

2. Kriyas – This involves doing poses using a given breathing technique to maximize your experience and benefits from yoga. Some kriyas may be slightly more intense and longer than others.

3. Hand gestures (also known as mudras) – Some of the most common mudras in kundalini yoga are Gyan mudra, Shuni mudra, and Buddhi mudra.

4. Using mantras or affirmations – This involves chanting the mantras to help you calm down and reduce mental distractions. The practitioners chant the mantras in a language called Gurmukhi. Some of the common mantras in kundalini yoga include “Ong So Hung” meaning “Creator, I am Thou” and “Ong Namo Guru Dev Namo” meaning “I bow to the Creative Wisdom, I bow to the Divine Teacher Within”.

6. The locking of energy flow in given body parts to help maximize the flow once you release the lock (also known as bandhas).

A typical yoga class may last from a few seconds to a couple of minutes or slightly over an hour depending on various factors. Kundalini yoga is a practice that can be done by anyone whether you are just beginning your yoga journey or you have been doing yoga for a while.

There are different approaches to kundalini yoga. However, in essence, a typical Kundalini yoga class begins with chanting that is perceived as a way to tune in. It is followed by breathing exercises that warm you up and make you more flexible.

After that, the yoga instructor walks you through some hand gestures, poses, and controlled breathing exercises. At this point, you may or may not chant some more mantras depending on your instructor’s approach.

You are then guided through relaxation and then a meditation session to help improve your levels of awareness and then end the class with a closing chant.

The benefits you get to enjoy from practicing kundalini yoga are:

2. Improved memory and executive functioning – A scientific study involved 81 participants with mild cognitive impairment who were above the age of 55 years and were divided into 2 groups. The first group received 12 weeks of kundalini yoga and the other group received memory enhancement training. After assessing how both practices influenced memory and cognitive performance, results showed that those who did kundalini yoga had more significant improvements in terms of executive functioning and memory than the memory enhancement training group (3).

4. Improved metabolism and enhanced digestive system – The ability of kundalini yoga to regulate sympathetic activity and bring good balance to the nervous system has been shown to help with lowering metabolic rates and improve metabolic efficiency. This benefit comes from doing the practice in the long term as well (5).

How to Practice Kundalini Yoga

Due to the side effects and risks such as the practice’s tendency to bring about “the awakening” of different negative emotions like anxiety, depression, the possibility of a psychotic breakdown and symptoms that look like a mental health issue, which are associated with the practice, it is strongly recommended that you learn and practice yoga under the keen eye of a trained, qualified, and experienced yoga instructor (7).

Yoga experts insist that you shouldn’t ever practice kundalini yoga without the supervision of a yoga instructor or teacher otherwise you may end up experiencing the adverse side effects eventually.

A trained instructor will help you learn how to manage yourself and your experiences in a way that is optimized for you to enjoy the most benefits from the practice while minimizing the possibility of the occurrence of negative effects.

First, you should consider visiting your doctor to determine if you are fit enough to do kundalini yoga. It is especially important to visit your doctor if you have joint pain, balance issues, breathing problems, an injury or if you are pregnant.

If they tell you that you are good to go, you should then proceed to look for an instructor.

It helps to consider visiting your local fitness center, yoga center, or yoga studio and see if they offer kundalini yoga classes. Make sure that as you do your search for the best place to learn the practice, you only settle for credible organizations with a reputation for offering the best services in your locality.

You can even choose to do an online search or receive online classes from respected yoga organizations. It is entirely up to you and what you feel is good for you.

When you find an instructor, be sure to let them know of any health conditions you are struggling with, if you have any, so that they can know which approach plan is good for you and which modifications they will need to make to ensure you get the best results from the practice.

Question: How is Kundalini yoga different from other styles of yoga?

Answer: First and foremost, kundalini yoga is a spiritual-based practice, unlike many other styles which are more based on the postures and the physical aspect of yoga. Secondly, kundalini yoga is more specific with the breathing exercises and how you combine them with physical movements, chanting, and singing, which is quite the contrary to the other styles that bring flow to your breath and your physical movements.

You can learn about other styles of yoga in this general but comprehensive yoga guide.

Question: Which are the most common poses in kundalini yoga?

Question: Why are most people practicing kundalini yoga always wearing white clothes during the practice?

Question: Do I need to use sheepskin for practicing kundalini yoga instead of yoga mats?

Answer: Again, using sheepskins is another belief that it helps to disconnect the body from the magnetic pull of the earth. However, many yoga experts have expressed the importance of using yoga mats as one may wish as it helps too.

Question: Is Kundalini yoga for me?

Answer: Kundalini yoga can be done by anyone provided they have gotten confirmation from their doctor that it is safe for them to do the practice based on their current health status. 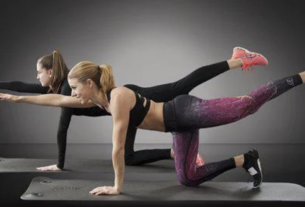 What is Power Yoga – A Comprehensive Beginner’s Guide! 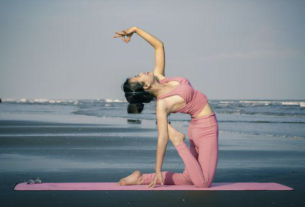 Kripalu yoga: What it is, History, Benefits & How to Practice 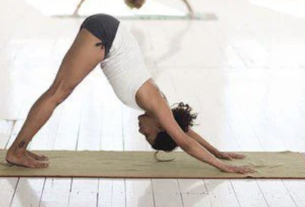 What is Hot Yoga – A Fully Detailed Beginner’s Guide!