When the words “forensic” or “forensics team” are mentioned, the first thing that comes to mind immediately for most of us is crime investigation.

Many of us have heard the terms used often in well-known movies and shows like “Mystery Street”, “Law and Order”, “Forensic”, “The Bone Collector”, and “Criminal Minds”, and our association of the terms with crime investigation has become almost like a reflex.

But, what really is forensic? And more importantly, what is forensic psychology?

Well, this beginner’s guide to forensic psychology covers everything about the field including what it means, its origin, how it works, its benefits, its application, and the commonly asked questions about it.

What Forensic Psychology Really is

When it comes to defining forensic psychology, there is a long and short way to do it.

Beginning with the shortest and the simplest definition, forensic psychology is said to be the process of applying clinical psychology knowledge and understanding to the legal world (1).

The longer definition states that forensic psychology is the process of putting various clinical skills like evaluation, assessment, and treatment into practice to help make forensic work and legal processes successful.

In essence, it looks at how human behavior is connected to the justice system.

You will find most forensic psychologists playing a part in evaluating school threats, recruiting police offers, assessing a witness’ ability to provide information on a case, helping crime victims through their recovery process, determining the effect of post-traumatic stress disorder, and providing the necessary care for both young and old lawbreakers (which is also known as forensic therapy) and assessing child protection and custody cases.

In the grand scheme of things, forensic psychology allows forensic psychologists to understand and improve human behavior and overall well-being in regard to the law. It also aims to reduce the negative effect and behaviors portrayed by lawbreakers.

Although forensic psychology seemingly appears to be a relatively new branch of psychology, research into the area and its practical application in various aspects of the law began decades ago.

Here is a timeline of memorable moments and figures in forensic psychology that contributed to making it what it currently is:

The oldest recorded instance of use of forensic psychology was noted from Wilhelm Wundt back in the 1890s.

Wundt established his laboratory in Leipzig, Germany where he did research and experiments that led to discoveries and insight which would be extensively applied in forensic psychology by psychologists who came after him (2).

James McKeen Cattell probed into the reliability of witness testimony by experimenting with university students. His findings on how less credible witness information is, led other psychologists to dig more in the area to determine how helpful witnesses can be in the courtroom.

Alfred Binet moved the baton forward in forensic psychology by analyzing the previous research on law and psychology and made several developments. His focus and attention on intelligence testing helped psychologists who came after him to create assessment tools that gave the field of psychology a boost forward.

William Stern asked students to describe an altercation between two students that had happened in their class. He noted that emotions affected memory. Later on, he went on to set up an academic journal focused on applied psychology.

Hugo Munsterberg, who many believe to be the “father of forensic psychology”, experimented with psychology and the law extensively. Afterward, he published a book called “On the Witness Stand” that promoted the application of psychological concepts to matters regarding the law.

Albert von Schrenck Notzing was asked to provide his expert input on how suggestibility affects the testimony’s credibility of a witness in a court case that involved murder charges.

Lewis Terman improved upon the intelligence test by Alfred Binet and later changed its name to the Stanford-Binet intelligence test. The test helped to determine how intelligent the law enforcement applicants were during interviews.

William Marston’s discovery of the connection between blood pressure and truth led to the development of the polygraph detector.

A key development note in the field of forensic psychology was when more courts began turning to forensic psychologists for advice and information about various aspects of human behavior and their relation to the law.

In 2001, the APA (American Psychological Association) qualified forensic psychology as a specialty in psychology, and since then, it has grown and diversified tremendously (3).

Forensic psychology touches different diverse fields and aspects, but from a legal standpoint. Most of the work performed here comes from a need that is backed by legal requirements for the achievement of a specific goal.

It can help a child’s parent get justice and support from the other parent, help the court understand if a suspect in a criminal case deserves a pardon or a harsh sentence, and in the recruitment of police officers.

Moreover, this branch of psychology can allow us to understand the common behaviors associated with criminal acts, and how can reduce them at the moment and prevent more of them from happening in the future.

It also aims to help certain processes within the justice system run smoothly so that people can get the justice they deserve and bring more peace to the world.

When it comes to academics, some forensic psychologists specialize in research and help us understand the psychology of things in terms of the law and the justice system. They run experiments on suspects, convicted criminals, and try to understand their mental and behavioral aspects so that they can determine why they do what they do.

The knowledge and insight gained from the research help to provide solutions to challenges like ways to reduce criminal activities, profiling a criminal, understanding the motives behind certain criminal behaviors, and testifying as a witness as well as an advisor to the court.

When it comes to the application or the practical approach to forensics, many forensic psychologists apply the knowledge and principles of forensic psychology to help systems run more effectively. For instance, they can help determine the mental health status of a criminal during the period a certain crime was committed.

They can also work with kids to prepare them for a child custody and support case. They can also assess a suspect’s mental health condition and provide treatment. Plus, they can help screen potential police officers and help get the best candidates for the job.

Forensic psychology is further subdivided into different subspecialties, which include:

1. Correctional subspecialty – This subspecialty deals with some areas such as rehabilitating convicted criminals, assessing them for release requests, and training prison workers.

2. Criminal subspecialty – Among the many responsibilities of this subspecialty is to do risk assessment, which involves determining how much of a threat a lawbreaker is to the public. Also, it helps figure out if a suspect is fit enough health-wise to be tried and convicted in a courtroom.

3. Police subspecialty – This field is all about police officers. It seeks to help police departments create a reliable screening process for law enforcement applicants, and train them to handle various citizens with health issues. It also helps police officers come up with a profile for a difficult case with unknown suspects or criminals, and counsel officers after a gruesome incident at work.

5. Investigative subspecialty – The forensic psychologists who specialize in this area help the police in investigations. They work with witnesses in preparing them to provide useful and credible information for cases in court. They also perform autopsies in murder cases and help with polygraph tests.

6. Civil subspecialty – Here, the knowledge of forensic psychology is applied to civil cases including divorce, insurance, child custody, and family feuds. Psychologists in such cases help to determine claims, injuries, physical and psychological damages incurred and provide reports that can help with settlements.

Looking at how forensic psychology brings the greater good to humanity, here are some benefits we enjoy from this branch of psychology:

– Helping us understand human behavior in relation to crime

– Helping us predict a criminal’s behavior

– Helping us have strong, effective, and reliable systems to administer justice

– Helping us solve civil cases properly with the correct evidence

– Helping a child’s information in a case be more trustworthy

Requirements to be a Forensic Psychologist

Although every country has its own requirements for people who are interested in becoming forensic psychologists, some of them appear to be similar.

Many countries require that you have a Doctorate of Psychology degree, commonly referred to as PsyD, or a Ph.D. in psychology from a well-recognized university or psychology institution. Others also ask for a master’s degree in forensic psychology to launch your career in the area, although you may be limited if you don’t advance your education.

A bachelor’s degree in criminology and criminal justice can also help you steer towards the direction of forensic psychology.

For the most part, the path you take in your education is hugely dependent on the type of job in forensic psychology you want to get.

The education you ideally get leans towards Law, Social behavior, Criminal psychology, Criminal justice, Abnormal behavior, Pharmacology, Clinical psychology, Cognitive psychology, and Perception. So, taking a course on any of the areas and determining what you want to be in the field of forensic psychology will help you define your path easily.

Here are some popular questions asked about forensic psychology together with their respective answers:

Question: Which target audience does forensic psychology cater to?

Answer: The types of people who benefit from services offered by forensic psychologists are employers, civil and criminal lawyers, insurance companies, and legal courtrooms.

Question: What is the most critical skill a forensic psychologist should have?

Answer: The most rewarding skill to have as a forensic psychologist is the ability to express your thoughts soundly and clearly in a well-detailed and comprehensive report that will be used in a crucial sentence in a case.

Question: Which are some of the most popular forensic psychology organizations?

Question: What personality traits do most forensic psychologists have?

Answer: If you are wondering whether you have the characteristics and personal traits fitting to be a forensic psychologist, here they are. If you are analytical, investigative, intuitive, curious, logical, rational, articulate, introspective, and inquisitive, there are high chances you are going to make a pretty good forensic psychologist.

Question: What are some of the challenges of becoming a forensic psychologist?

Answer: Some of the downsides include a long time studying for the field (4 to 7 years), committing long hours at work (15 to 18 hours in a day), and a very low beginning salary.

Question: What is the difference between a forensic psychologist and a criminal psychologist?

Answer: While there are several similarities in the job description of both types of psychologists, there are also keen differences. For instance, criminal psychologists focus on a criminal’s motives by determining any mental health issues they may be suffering from and analyzing their behavior.

Question: What is forensic psychopathology?

Answer: This is a field in forensic psychology that looks into the relationship between the legal system and psychopathology (the study of mental illnesses).

Question: What has forensic psychology found about the common causes of crimes from a psychological standpoint?

Answer: Some of the common reasons a crime happens are fear, entitlement, and rage.

Question: What is the procedure followed for criminal profiling?

Answer: Criminal profiling combines behavioral psychology and analysis of the crime scene. Psychologists take a closer look at the crime scene and try to determine what activities happened based on its current state. From there, they proceed to talk to witnesses and use forensic psychology findings on similar crimes to provide a well-thought-out estimate of the person responsible and their possible location. 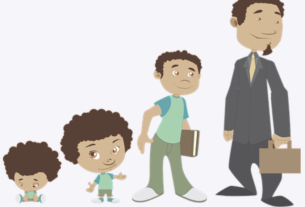 What is Developmental Psychology – A Beginner’s Guide! 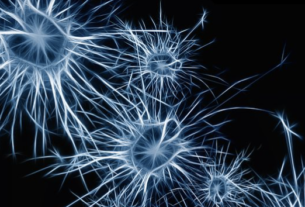 What is Cognitive Psychology – A Detailed Beginner’s Guide! 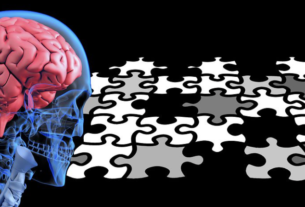