Our brains are powerful machines and lots of activities are happening in there.

Among these many activities is electrical activity that is produced when brain cells are talking to each other.

The electrical activity in your brain is essential in different areas of your life and it is measured using a test called EEG.

We take an in-depth look at what EEG is and what you should know about it.

What is an EEG

An EEG (electroencephalogram) is a test that is carried out to assess the electrical activity in the brain. Electrical impulses are what brain cells use to send messages to each other.

And an EEG is used to look into this activity and identify the areas that may have irregularities and the possibility of having a disorder (1)(2).

The EEG records your brain wave activity. Small metal electrodes are placed on your scalp that help measure the activity that is transmitted from the electrodes to a screen through wires.

On the screen, you see the electrical activity as brain wave patterns which are normally wavy lines that run horizontally across the screen.

If unusual patterns are seen there may be a possibility of a disorder.

An EEG can help to detect epilepsy, signs of seizures, sleep disorders or brain disorders.

How an EEG Works

An EEG can be used to take note of any changes happening in the brain activity that often indicate a disorder.

By looking at the patterns of the brain waves with it, you can confirm the existence or non-existence of certain health conditions (3).

* Brain dysfunction with its various causes

Also, when someone is undergoing brain surgery or when in a coma, the EEG can be used to observe their brain activity.

For the most part, an EEG is used to determine the risk of seizures or their presence.

Seizures occur when there is a sudden disturbance in the electrical activity of your brain. They affect your feelings, movement, behavior and level of consciousness.

When seizures persist, you have epilepsy.

An EEG is used by the doctor to determine which type of epilepsy you have, the causes of seizures and the best treatment approach for you.

When you are being tested for any of the mentioned disorders, the doctor looks out for any abnormal brain activity.

An example of an abnormal brain activity is when there is slower rhythm of the brain waves than it should be for a healthy person based on their levels of alertness and age.

If you have a generalized epilepsy, the EEG may show spike-and-wave discharges that have been extended to both sides of your brain. And they will often occur from the 2 sides at the same time.

There are also different types of EEG. Some of the most common include:

1. Ambulatory EEG – This is the test where a person is given an equipment to wear that will be recording their brain activity while they are at home or out of the hospital. It is normally done for 1 to 3 days. The amount of recording depends on various factors and there is also an option of using a video (4).

2. Routine EEG – This is a test that goes for about 30 minutes to a few hours and is mostly done on someone who has had their first seizure. It can be done with video monitoring or without, as that can be added with ease. It is also done before 24 hours are over since the seizure occurred, hence the need to seek medical attention immediately a person gets a seizure.

How to Prepare For EEG

To have a smooth process with an EEG, there are some things you need to keep in mind and precautions you also need to take. These will go a long way in your preparation for the test and will help you have a proper reading and experience in general (5).

Here are some of the important things to remember as you prepare for the test:

– You should disclose everything to your doctor if you are taking any medications and ask if you should keep taking them as usual even a few hours before the test. Some medications may interfere with the results.

– You should avoid eating or drinking anything that has caffeine for at least 8 to 12 hours before the EEG. But you should also not starve yourself. Eat moderately.

– In some cases, you may be asked to have little to no sleep the night before the test if you will be required to sleep during the test. You might also be given some medication to help you sleep and relax as you take the test.

– You should ensure your hair is dry and clean before the test. Wash it well the night before the test and remember not to use any hair products such as styling gel, conditioner, sprays and cream so that they don’t make the test difficult to do. They can make it hard for the sticky patches that have electrodes that will be measuring your brain waves to hold on to your scalp.

– In case you will be given a sedative, you may want to carry someone to help you get back home safely. You should aim to rest completely after the test and avoid driving until you are sure the medication has worn off.

– Also, it is worth noting that if you have long hair it might be untidy after the test. If you are a person who minds decency, you may want to carry a hair brush.

What to Expect During an EEG

While EEG varies with the condition you are being tested for, the basics are pretty much like any other test. Skilled technicians conduct the test and here are some of the things you should expect when you go for one:

* When you get to the hospital, you will be taken to the room where the EEG will be administered. It could be the lab, the doctor’s office or another room.

* When you get there, you may be asked to sit on a chair that has a recliner or lie on the bed.

* You will then have your head measured and the areas where the electrodes will be placed will be marked by a special pencil or wax crayon.

* The spots will be scrubbed by a cream so that it is possible to have the quality of the recordings at its best. If the test will take longer, a special glue might be applied to hold the electrodes in place for long (6).

* When the test begins, the technician may ask you to do various activities including closing and opening your eyes, staying still, doing some calculations, looking at pictures or flashlight or even breathe deeply. There are chances you might feel a bit of discomfort but for a short period due to the electrical activity being recorded (7).

* A video of your body movements during the test can also be captured and sent to the doctor for better diagnosis and treatment (8).

When the test is over, the electrodes will be taken off your scalp. If you had been sedated, you will be required to wait until it wears off so that you can go about your daily activities. In such an instance, having someone to take you home is recommended.

If you had not been given sedation, you are good to go immediately you are done with the test.

You may also observe slight redness where electrodes were placed but that should disappear after a few hours (9).

The whole process ranges from 30 minutes to a few hours. Although, there are some EEGs that take up to 24 hours or more.

Ambulatory EEG allows you to do the recording for a couple of days outside of a health center. You get to go home with the electrodes.

This test increases the possibility of recording a seizure activity although this type of EEG is not completely reliable when it comes to differentiating seizures that are epileptic and those that aren’t.

When the recording is done, the recordings undergo further analysis and then they are sent to the doctor who asked for them. You will be given the results and professional medical advice by the doctor after a couple of days or weeks.

How to Read EEG Results

When the test is complete, the recordings are analyzed by a specialist who deals with the functions, anatomy and organic disorders of the nerves as well as the nervous system called a neurologist.

However, if the patterns do not match, there is a possibility you have one of the conditions we mentioned above.

The abnormal results could also show:

– Abuse of alcohol and drugs

Once the analysis has been done, it is taken to the appropriate doctor.

You will then be contacted so that you can go and get the results from the doctor.

It is important that you prepare a list of questions you feel are necessary to know about to help you understand what is happening and how to go about everything before you go to the doctor.

The doctor will take you through the results, help you understand everything and give your the way forward.

Question: Are there any risks linked to an EEG?

Answer: There are no risks with taking an EEG. You won’t feel pain of have any harmful effect by taking the test. There is no form of electricity that will be put into or taken from your body. The EEG only takes recordings of your brain’s electrical activity. There are times you will be told to breathe deeply or be exposed to strobe lights as a way to bring out the abnormalities.

For people with seizure disorders or epilepsy, such stimuli may trigger a seizure but there is skilled medical care present during that time when this happens to ensure the situation is well handled. Any health issues will be taken care of as the test is being carried out.

Ideally, an EEG helps you determine if the electrical activity in your brain is working right and also helps detect the areas that need attention.

Irregularities in your brain wave patterns mean there are disorders that need medical care. They range from epilepsy, risks of seizures to migraines, sleep disorders, head injuries, brain swelling and more.

It is always important to be well-prepared as you take the test and also take your time to understand the results and discuss it with your doctor for proper direction.

Tagged how does an eeg work how to prepare for an eeg how to read eeg results uses of eeg what is an eeg
Improve Your Brain Power Team https://improveyourbrainpower.org 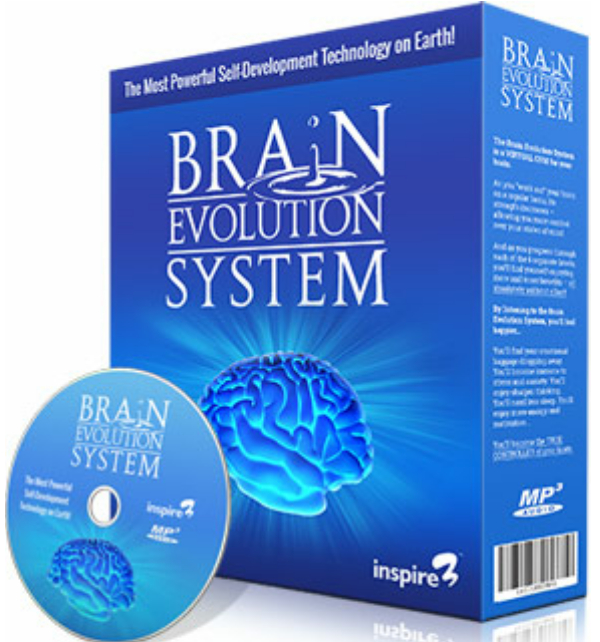 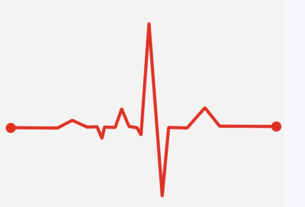 What is Brainwave Entrainment – A Beginner’s Guide 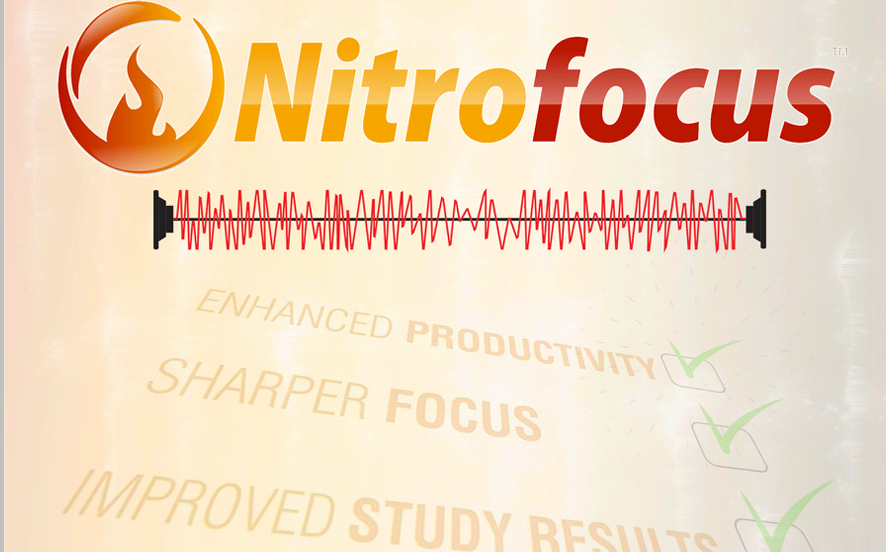