Many people have come to appreciate the practice of meditation in their lives. It comes with so many benefits related to mental health as well as the body. Studies done on the practice have revealed that there are quite fascinating changes that happen to the brain during meditation.

A UCLA study has shows that there are structural changes in the brain that happen which allow for brain preservation from aging in those who meditate often (1).

Another study from Yale University shows that all types of meditation helped to deactivate the default mode network, the network in the brain that encourages the wandering of the mind or what is commonly known as “The chattery mind” for people who were well experienced meditators (2).

This spiritual exercise has also been found to slowly by slowly help make long term changes to the structure of the brain that brings long term benefits with the help of the brain’s characteristic called Neuroplasticity.

This is the brain’s ability to create and rearrange the synaptic connections, especially in response to new experiences or learning.

More that, there are many other changes that happen to the brain when meditation is happening which come with their own benefits.

Here is a list of the changes, both temporary and permanent, that happen to some of the mentioned areas of the brain when you are meditating.

1. The parietal lobe – This is the part of the brain that is responsible for attention, providing sensory information about the environment, interpreting visual information and language. When you start meditating, the activity in this area reduces.

2. The frontal lobe – This is the area of the brain that is responsible for emotions, personality, problem solving, judgment and sexual behaviors. When you begin meditation, the activity in this part greatly reduces as well.

3. Reticular formation – This is a set of nuclei that have been interconnected which are found throughout the brainstem. This part has some power over the sensory signals and it increases alertness in the brain when you start to meditate.

When you do meditation on the long term, there are certain areas of your brain that help with various crucial aspects of your life that get improved over time.

Studies done the brain of long term meditators has proven that meditation goes a long way in improving the power and functioning of the brain as a whole in the life of the one who meditates.

Sara Lazar, a neuroscientist of Yoga and meditation at Harvard explains in an interview with the Washington Post, the four key areas of the brain that are affected by meditation that are linked to improving the level of performance and health of the brain as well as reduce the parts that encourage behaviours that cause negative effects (3).

Also, she explains on a ted talk show the studies of the meditating brain and how the practice restructures it to bring permanent results (4).

Here is a deep look at the areas and how they are changed.

* Pons – This is an area of the brain found in the brain stem above the medulla Oblongata. It is mainly involved in relating information of the senses between the cerebellum and cerebrum and it also regulates sleep, arousal, breathing and facial expressions. Practicing meditation helps make the pons strong.

* Left Hippocampus – Whenever good learning is mentioned, the left hippocampus should take all the credit as it is the part that makes it possible. It helps with memory and good mental performance and also goes a long way with regulating emotions. Meditation adds to the volume of the outer part of the hippocampus as well as increasing the density of the gray-matter. This in turn makes it work more efficiently.

* Amygdala – This is a part of the brain close to the hippocampus that is responsible for all the negative feelings that we experience, fear, stress and anxiety. The bigger it is for you, the more you experience these feelings. However, in the brains of long term meditators, the size of the Amygdala is physically small. Also, it has been shown that even with a daily mindfulness training that is based on handling stress, you are able to reduce the size of this area of your brain in around 2 months.

* The Temporal Parietal Junction (TPJ) – Just as the name suggests, this is a section where the temporal lobe and the parietal lobe meet. This is a part that many people who are compassionate and empathetic can relate to as it is the part that makes them feel the quality aspects of humanity. It is quite the opposite with the other part known as the posterior cingulate, which we will be looking at next, that is based on the self. Through meditation, this junction grows and makes us become more empathetic and have more concern for others.

* Posterior Cingulate Cortex – Whenever your mind wanders, and self based thoughts overwhelm you, you have the posterior cingulate cortex to blame. It is the part that is associated with these happenings. The good thing is, if the density of this part gets bigger, the lower the chances are of you having your mind wander. Also, you are able to see things from a more realistic point of view as opposed to basing them on your self.

And this is exactly what meditation helps you do. It increases the posterior cingulate cortex making you more realistic and keeps you in the “now” moment without making any discrimination. It also helps you learn more about your emotions without relating or being connected to them.

That is how beneficial meditation is to you as a person and to your brain.

If you have not been doing meditation at all, you now know what benefits you are missing out on. It is never too late to start meditating. You can start now and keep the consistency to enjoy these and much more benefits that come with it. 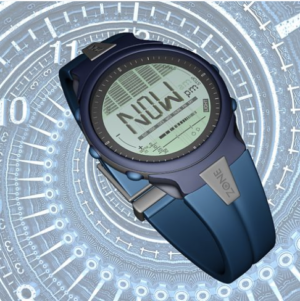 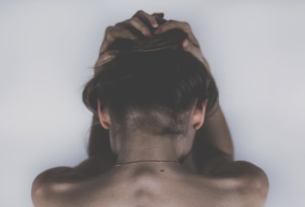 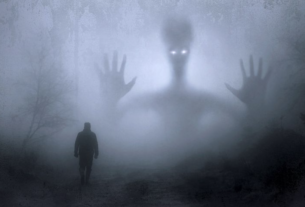 6 thoughts on “What Happens During Meditation – The Whole Science Explained!”