The practice of meditation is spreading faster than before and as the years go by, people are turning to it for optimal physical and mental health, and overall well being.

Not only does it help to train your brain to relax and become more aware and focused, but also comes in handy with managing a good number of health issues.

Research and studies on it reveal that it offers more to the meditators than just the spiritual benefits it was initially known for.

We take a look at the top 15 health related benefits of meditation.

By doing meditation on a regular basis, it is possible to keep your emotions in good balance as well as become more positive and optimistic.

And while there are numerous types of meditation, some like mindfulness meditation have been proven to help with improving the way we see ourselves and increase in positivity.

There are certain chemicals that are normally produced by cells of the immune system called Cytokines, that respond to stress. And these have a strong influence on your moods.

They can actually lead you to depression.

With consistent meditation, it is possible to reduce the amount of these chemicals which in turn help bring down high levels of depression (1).

A study done on students showed that meditation is able to reduce depression and stress related outcomes (2) (3).

Another study shows that it may help increase your levels of happiness and can improve quality of life and overall well being (4).

An additional study that ventured into the electrical activity of people who meditate concluded that there are more noticeable changes in the brain of the people who meditate especially in the areas linked to positive thinking as well as optimism than those who don’t (5).

Keeping up focus is among the most difficult abilities especially when working on activities that are mentally demanding. Meditation is able to help increase levels of focus and maintain it for longer periods of time.

A study carried out with the help of Katherine McLean from the University of California and other researchers trained the participants to meditate and found that while meditating the were able to focus more.

And even after the meditation training, the participants were still able to maintain focus on tasks that were boring and repetitive (6).

This is closely tied to increased productivity.

Other studies done on various forms of meditation including Buddhist Tibetan meditation, transcendental meditation, Vipassana and Hindu meditation found that the all sharpened focus in varying degrees (7) (8).

Some types of meditation like mindfulness meditation have been found to help with enhancing the working memory among other aspects related to cognition (9).

A study on how brief meditation training impacts cognition and mood found that the training improved mood as well as increasing executive functioning, visuo-spatial processing and the working memory.

Catherine Kerr of the Osher Research Center and Martinos Center for Biomedical Imaging said that mindfulness meditation has been found to improve a number of mental abilities, with rapid memory recall being one of them (10).

Meditation increases the grey matter of the brain in the areas linked to self awareness, learning, compassion and memory (11).

There is a type of meditation known as the focused attention meditation that aims at improving attention span. Those who practice it tend to focus on activities longer and are able to remember things more accurately.

Mindfulness meditation is also another form of meditation that helps with this aspect of the brain.

A study that involved training participants on mindfulness meditation for 2 months found that the participants were able to reorient more and maintain the attention longer than before (12).

It is believed that doing mindfulness meditation for even a few days only can boost levels of attention.

Meditation may also be able to influence the brain patterns that are associated with low attention levels and the wandering of the mind (13).

The reason as to why many people have poor skills in problem solving is due to the verbal-conceptual processes that are automated in human beings.

And mindfulness meditation training is normally aimed at helping people gain awareness without the need to conceptualize the things the see, meaning it helps reduce the verbal-conceptual processes which allows for interpretations.

There are styles of meditation such as the self inquiry meditation that help people learn more about themselves and how the interact with the people around them.

This practice makes it possible for meditators to understand themselves on a deeper level and use the understanding to become much better people.

Other meditation based practices like Tai Chi have also been found to improve the confidence of one’s own worth more than the people who go for sessions on social support (15).

There are also other meditation styles that help you become keen on the thought and behavioral patterns that have a negative impact on you and how exactly the come to affect you. With this awareness, you are able to control your thoughts and actions to help you become a better person (16).

One of the main reasons why meditation has become more mainstream is due to its ability to fight stress.

With people like John Kabat Zinn, who have provided meditation based training for stress reduction, the popularity of it keeps growing by the day.

A study on mindfulness meditation shows that it is able to bring down the negative effects that psychological stress have on neurogenic inflammation (17).

And meditation has been used to bring down significant levels of the cortisol hormone which in turn helps handle stress (18).

Also, with the awareness and skills in problem solving gained through meditation, it is possible to create solutions for difficult problems that would otherwise induce stress, if left unattended.

8. Improves The Quality of Sleep

Lots of people struggle to fall and remain asleep through the night. This is due to stress, flood of thoughts, health issues among other factors.

Meditation is a key solution to help reduce most of these factors that cause lack of sleep. It helps people become more relaxed, reduce the mind chatter and become more peaceful, which allow for falling asleep easily and having a deep restful sleep.

People who meditate tend to fall asleep faster and even longer than those who don’t engage in the practice (19).

The various styles of meditation have shown different positive effects on blood pressure.

Meditation as a whole has not only shown ability to lower blood pressure while meditating but also has long term effects if practiced frequently.

Studies have shown that it is able to help the nerve signals in the sympathetic nervous system relax and also release the blood vessels’ tension that raise the blood pressure (20).

The practice has shown efficiency in helping older people as well as those with higher blood pressure manage the problem (21).

A type of meditation known as Kirtan Kriya has had really encouraging results with enhancing the memory of people fighting with subjective cognitive decline and mild cognitive impairment (22).

This is a form of meditation that has been around for centuries that involves singing sounds and finger movements.

Most people who practice it do it for only 12 minutes a day and its benefits include improving the activity in the brain especially in regions that are linked to memory as well as managing stress.

Others forms of meditation have also portrayed ability to boost the memory, mental performance and attention (23).

Scientists advise people to motivate old people to engage in meditation every day, even if it is for only a few minutes as this can help them handle memory issues in a much better way.

In order to overcome addictions, self discipline should be built by the person who is trying to fight the addiction.

One of the ways you can use to build self discipline is through meditation.

It helps you become aware of the issue and understand well the reasons as to why you are addicted to the things you are fighting to let go.

The practice also help you be able to build the will power, control your attention and emotions that will make it easier for you to drop the bad habits.

People who struggle with various addictions including substance abuse, weight loss, emotional and binge eating, and also have the habit of meditating regularly, are able to regulate their cravings and aggression more than those who don’t meditate (24).

They also portray a lot of self awareness and often overcome the addictions quicker.

Meditation styles like Vipassana meditation have shown to narrow the areas of the grey matter that are linked to anxiety and stress. This helps stabilize emotions.

Mindfulness meditation has also been found to greatly reduce the symptoms that are associated with anxiety disorders such as paranoid thoughts, phobias, obsessive compulsive habits and even social anxiety (25).

Other meditation styles as well are known to help lower anxiety in various degrees.

Many companies are taking up the practice of meditation seriously and encouraging workers to engage in it as it has proven to help employees who are in areas that are mentally and physically demanding, reduce their levels of anxiety and work more effectively.

Metta meditation, also referred to as loving kindness meditation or compassion meditation, improves thoughts of kindness and empathy towards yourself and others (26).

It stimulates neuro-connections to the areas of the brain have an impact on these admirable qualities.

It also helps to build strong social ties with others and become more friendly and concerned with others.

Moreover, it reduces negative emotions and helps you see everyone in the same manner, including those you didn’t get along with in the past.

The more you engage in this meditation, the better you build those qualities within yourself.

14. May Reduce Sensitivity to Pain

Studies on patients who experienced pain that went through meditation training found that it helped the areas in the brain that are responsible for controlling pain become more active, which in turn helped reduce the sensitivity to pain and be able to handle the pain easily (27).

15. Increases The Size of The Grey Matter

Neuroscientists at Harvard studied volunteers who were taken through a mindfulness course and were guided through the training by using mindfulness in many areas of their lives that lasted for 2 months.

Sarah Lazar, a neuroscientist of Yoga and meditation in Harvard, who was part of the research reported an increase in the grey matter concentration mostly in the brain regions that are associated with controlling emotions, learning, self worth and memory (28) (29).

The hippocampus, orbito-frontal cortex, thalamus and temporal gyrus increase in volume for people who meditate often.

Meditation has over the years proven to be effective and useful in improving the mind and the body. And the many forms of the practice available carry various benefits.

That is why it is advised that you meditate on a regular basis.

The good thing about it is that you don’t need to invest a lot into it and you can do it pretty much anywhere you desire.

You should make a point of meditating every day, no matter how long you can be able to do it.

The benefits are life-changing in the long term.

To get a feel of how helpful and life-improving meditation is for people who have made meditation a habit and a lifestyle, we recommend reading real meditators’ experiences with the practice. 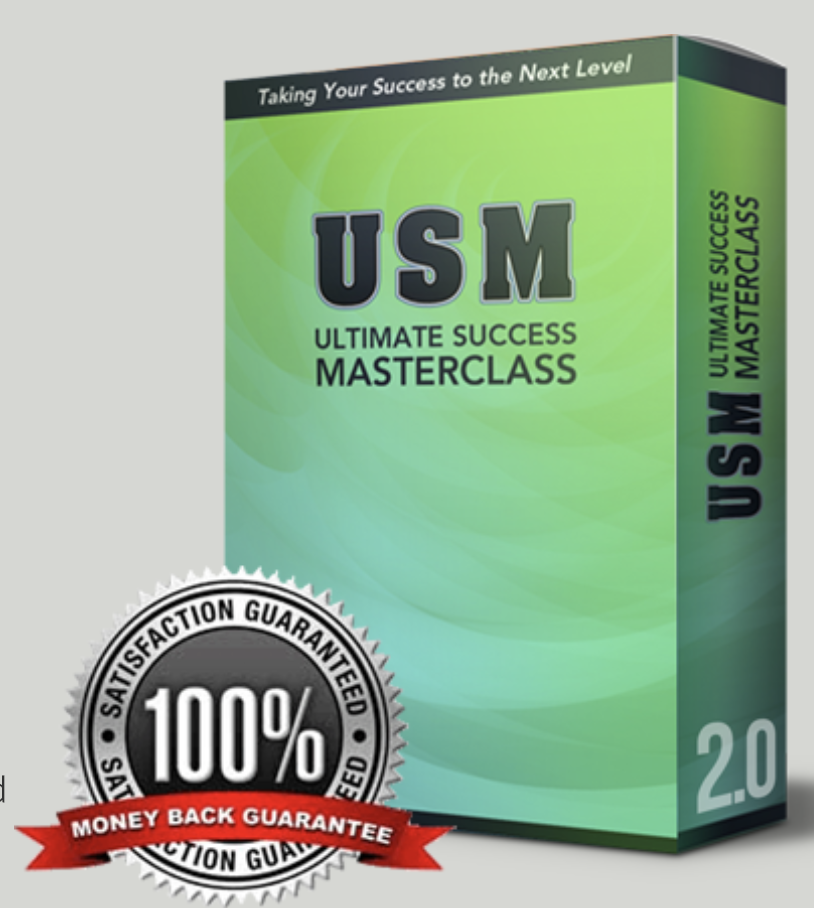 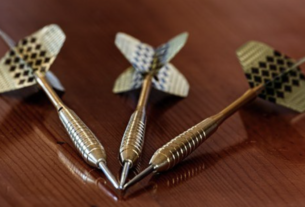 Intentions Are Much Better Than Goals in Meditation 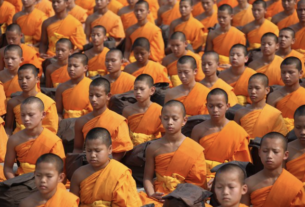 Best Meditation Talks From Experts to Motivate You

12 thoughts on “What Are The Benefits of Meditation? Top 15!”