There are different techniques to improve our brainpower, motivation, inner strength, and will, that go a long way in influencing our feelings, behaviors, and actions in the long term.

One of these techniques is subliminal stimuli or subliminal messages.

We take a look at what subliminal messages really are, their power in influencing our decision-making process, behaviors, actions, and feelings not to mention what research says about their effectiveness.

What Are Subliminal Messages

Subliminal messages are messages or stimuli that are presented to the mind in a way that the conscious mind cannot perceive.

The stimuli could be in form of written text or images that are flashed before your eyes but you cannot see them and your conscious mind cannot process then since they are below the threshold of consciousness.

When information or a stimulus presented before you are not able to reach your conscious perception due to various reasons such as short duration, low volume, or lack of attention, it becomes subliminal perception.

It is a perception that doesn’t have conscious consideration.

Subliminal messages have been used in many areas including advertisements and movies with the aim of persuading the consumers or listeners towards taking certain actions.

Research shows that subliminal messages have the ability to influence our thoughts and behaviors and the stimuli can actually influence the conscious processing of information and decision-making (2)(3).

The companies and brands that use this strategy aim to influence the decision-making process of the consumer with the goal of increasing their product sales.

Subliminal messages have also been used in self-improvement to help people drop bad habits, behaviors, and negative thought patterns so that they can take up positive thoughts, better habits, and pleasant behaviors that impact their lives in an uplifting way.

Subliminal messages can be traced back to the 1950s through the book, “The hidden persuaders” by Vance Packard.

The book that was originally published in 1957 looks into various forms of advertising and the art of persuasion using different strategies including subliminal messages.

Packaged addresses show subconscious messages could have an effect on consumers when used by companies through advertisements.

While the people were watching the film “Picnic”, he said he flashed messages like “Eat popcorn” and “Drink Coca Cola” at a speed below the threshold of consciousness (1/3000th a second) in a way that people couldn’t see and it resulted to an increase in sales of these two snacks.

Later on, it was reported that Vicary’s claims were false.

Over the years, subliminal messages are believed to be used by huge companies in different ways such as in their logos, trademarks and even promotions to help persuade the consumers to buy from them.

Subliminal messages operate at a subconscious level. They provide stimuli that are below the Absolute Threshold Level (ATL).

The Absolute Threshold Level is the lowest possible stimulus level a person can discern. The stimulation could be visual, sensory, or auditory.

When your mind takes up some form of stimulation that you didn’t see or hear or detect with your conscious mind, that is a subliminal stimulus.

When your subconscious mind perceives the stimulation, it is likely to provide a response to it.

For the most part, subliminal stimulation is aimed at making people do things they don’t do on a regular basis like choose a new thing over the ordinary one they are used to.

Both the perception and response to the stimulus occur in the subconscious mind.

A good example of supraliminal stimulation is the experiment done with music and wine.

Also, when German music was playing, the German wine sales would be more than French wine sales. The study concluded that the supraliminal stimulation provided by the music had an effect on the consumers and got them to make national associations with their purchases.

The consumers could hear the music playing but they had no idea it was impacting their decisions and purchases at the subconscious level.

Research has also shown that subliminal messages tend to have much more effect on a person when they are negative (6)(7).

There are 3 main types of subliminal messages. These are:

2. Visual subliminal messages – These are messages flashed before your eyes in a way that your conscious mind cannot perceive. There are also two types.

First is the embeds, where a message is in the form of a symbol or image that cannot be seen easily. It is suggested that many companies use this.

The second is the subvisual cues, which are the messages flashed right in front of you that your conscious mind is unable to detect. The Vicary experiment with Coca Cola and popcorn is one example.

There are many benefits associated with the use of subliminal messages.

First, subliminal messages have been found to increase a sense of youthfulness in older adults.

A study carried out by Yale School of Public Health involved older adults of an average age of 81 years that were divided into two groups. The first group was exposed to positive age stereotypes that flashed words like “creative and “spry” on a screen at high speeds that wouldn’t allow conscious perception (8)(9).

The results showed that those people who received positive age stereotypes improved physically and psychologically.

These improvements were not present in the control group.

Another study on how subliminal messages improves athletic performance concluded that flashing positive messages such as “energy” and “go” combined with happy faces to the athletes while they are training can improve their performance, strength, and endurance (10).

This could be a reasonable explanation for the improvements in people who use subliminal messaging programs as they carry out different related tasks.

Second, subliminal messages may have an influence on our thoughts and behaviors.

Studies have shown that unconscious information may have effects in high-level regions of the brain such as the prefrontal cortex. And the neural activation that this causes is capable of having an influence on many cognitive, decision-making, and perceptual processes (11).

Third, subliminal messages have an influence on the processing of conscious information.

A study that involved a masked priming paradigm indicated that unconsciously presented information can be processed semantically and also influence behavior (12).

Fourth, subliminal messages may influence ratings of stimuli and mood.

Fifth, subliminal messages can improve our level of motivation.

A recent study used subliminal priming on participants and then included positive stimuli that were consciously visible. Those participants who were primed with the exertion concept showed a higher speed when it came to squeezing a handgrip forcefully. When the subliminal primes were combined with the visible stimuli, more effort was put into the activity (14).

A study that involved a series of experiments with different nationalities, political attitudes, and behavior revealed that subliminally exposing one’s national flag can influence political intentions, decisions, and attitudes in the lab and even in reality. The visual cues that remind someone of their nationality can influence their political thoughts and open political behavior (15).

Finally, subliminal messages motivate people to do things they wanted to do.

Studies have shown that flashing subliminal messages to people that match a biological need that they have and the satisfaction of that need has a positive effect on them can motivate them to work towards satisfying the need (16).

How to Use Subliminal Messages

One way subliminal messages can be used is in helping people improve their negative thought patterns, habits, and behaviors.

Studies have shown that subliminal messaging has the ability to increase levels of motivation, influence positive stimulation, and moods, motivate people to do things they want to do, and even change negative perceptions to positive perceptions.

If people struggling with various negative mental states, addictions, phobias, and illnesses work closely and continuously with the subliminal messages, they may improve their situations and better their lives in general.

This also applies to other areas of life such as sports, music, and arts among others.

Answer: A good number of studies have been done in subliminal messages over the decades. And in the early years of research, many studies concluded that there was no evidence that subliminal messages could influence complex behavior or motivation (17).

Some researchers even said that there was a high chance the improvements observed in people who worked with subliminal messages were due to the placebo effect (18).

However, more recent studies are giving a different perspective and providing more evidence of how effective they actually can be (19)(20)(21)(22)(23).

Since new studies are uncovering more areas that subliminal messages are proving to be efficacious in, we believe that as more research is done, we will be able to understand more about them and other areas where this technique can be applied.

Question: What is Subliminal Priming?

Answer: Subliminal priming is a technique that is aimed at increasing the sensitivity of a person to a given stimulus before being exposed to the actual stimulus. Subliminal priming happens below the threshold level of consciousness so you don’t get to be consciously aware of it (24).

An example of subliminal priming is when someone receives repeated subliminal stimulation of the word “cancer” and later on given the chance to make a choice between smoking or not. It is more likely that he will choose to not smoke since the prior exposure of the word cancer has had an effect on him.

In essence, subliminal messages actually have an influence on your subconscious mind. They can even influence the things you do within your conscious awareness.

You can use them to improve various aspects of your life and overcome the things that are weighing down your life.

More research on these messages can help us discover more about how they work and their abilities as well as benefits, and allow us to maximize their uses and applications in other unknown areas. 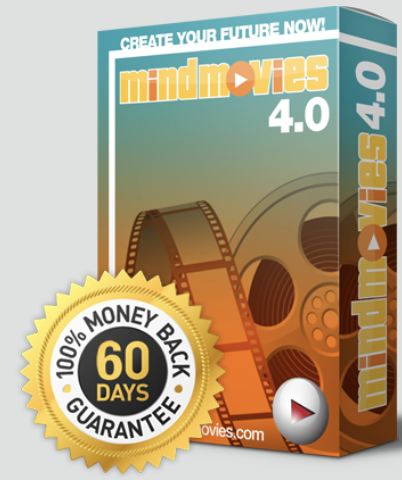 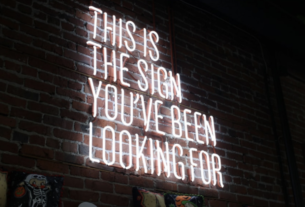 What is Supraliminal Priming And How Does it Affect Us?