Now, in topics that pertain the brain such as the topic of nootropics, I am sure you have come across the word, neurotransmitters, right?

But, do you know exactly what they are and what they do in your body?

Well, If not, don’t worry because this post will educate you on a lot about them.

If yes, I still encourage you to stick around to learn something that you didn’t know.

I assure you that this article is quite informative and helpful with regards to neurotransmitters.

So, without further ado, let’s get rolling.

These are the chemical messengers of your body.

To start with, when you look at the name neurotransmitter, you notice that the word ‘transmit’ is very obvious, right?

Now, nerve cells are not in contact with each other, so to be in a position to pass information between each other, neurotransmitters cross the synaptic cleft between the end of nerve cells.

The synaptic cleft is where communication between nerve cells happens.

More than 100 neurotransmitters are known and they are made from amino acids and others are more of complex molecules.

These chemical messengers can affect a wide variety of physiological and physical functions in our bodies including fear, heart rate, mood, appetite and fear.

In order to ensure that our brains are functioning the right way, many neurotransmitter molecules work constantly to help manage various functions in the body, from concentration and learning, all the way to our heartbeat among other important functions.

Before the discovery of neurotransmitters, scientists assumed that a lot of synaptic communication in the brain was purely electrical.

However, through a series of discoveries, so much was found out pertaining neural transmission.

To start with, the synaptic cleft was discovered by Ramon y Cajal.

The discovery of this suggested that indeed there was communication through chemical messengers going through the synaptic cleft.

In the year 1921, a psychologist by the name Otto Loewi confirmed that neurons do communicate through the release of chemicals.

He also proved through an experiment of frogs that it’s possible to control certain functions in the body through making changes in the chemical concentrations of neurotransmitters.

Otto Loewi was also the one that discovered the first known neurotransmitter which is acetylcholine.

How Do Neurotransmitters Work?

Like I mentioned earlier, for neurons to send message to various parts of the brain, they must be in a position to send signals to each other.

These form a web of connections in the body and brain and at each of these connections, is something called a synapse.

Now, a synapse is a special form of a cell that allows communication between the neurons in your body. 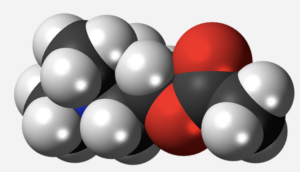 This process is called neurotransmission and it takes place because of neurotransmitters.

Next, once an electric signal gets to the end of a neuron, it stimulates the small sac containing the neurotransmitters which is called the vesicle.

In return, the small sac now opens up its contents into the synapse and it now becomes easier for the neurotransmitters to bring together and trigger changes in the cells.

When the neurotransmitters are now released, they go through the synaptic gap and bind together the receptor on the other neuron.

Depending on the type of neurotransmitter, it could either receive, inhibit or excite the receiving neuron.

Here, we are going to look at two major classes of neurotransmitters.

For the excitatory neurotransmitters, we have the following;

Now, this neurotransmitter is produced in your body from choline. There are a variety of choline sources but the most common 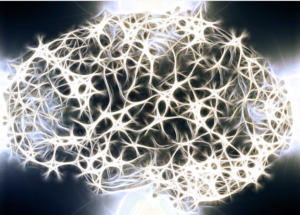 ones are nuts, seafoods and even eggs.

What this neurotransmitter does is, stimulate the muscles and activate the motor neurons.

It regulates activities in the brain that are associated with important functions such as memory, attention, learning and arousal.

This neurotransmitter is also known as adrenaline (Ad), and is produced by the chromaffin cells of the adrenal gland.

It prepares the body for the fight-or-flight response and in doing so, the body is ready for any eventuality by increasing the supply of nutrients to tissues in the body.

This neurotransmitter is also known as Noradrenaline and is secreted by the adrenal glands into the bloodstream as well as produced in the brain.

It is responsible for a number of things in the body such as fight or flight response, alertness, focus, vigilance as well as memory.

This is a neurotransmitter that functions in the brain and also in the spinal cord.

It is also involved in allergic reactions and plays an important role in how the immune system responds to pathogens.

This neurotransmitter ensures that homeostasis is taking place in the body with the help of GABA. 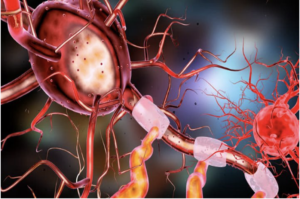 As we all know, too much of something is poisonous, so it is when this neurotransmitter is too much in the body, one is at a high risk of experiencing a stroke!

Natural sources of this neurotransmitter include soy, seaweed, tomatoes, cheese and mushrooms.

This neurotransmitter is secreted by the neurons of the substantia nigra.

It is quite a special type of neurotransmitter because it has both an inhibitory and excitatory effect in the body.

These two effects are determined by the type of receptor that the neurotransmitter binds to.

When it binds to the extrapyramidal motor system, it facilitates movement coordination by inhibiting unnecessary movements.

On the other hand, if it binds with the pituitary gland, it inhibits the release of prolactin, and thereby stimulates the secretion of the growth hormone.

Under the inhibitory neurotransmitters we have:

This is a neurotransmitter that helps prevent anxiety by toning down the activities of the neurons.

It’s an important neurotransmitter which is synthesized from glutamate and a non-essential amino acid.

When it is low, one experiences anxiety problems.

This is an important neurotransmitter which is responsible for things such as anxiety, emotion and mood. 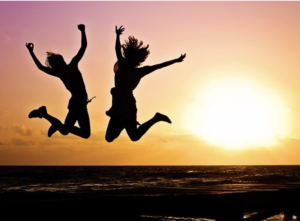 It also regulates things in the body such as perception, sleep, alertness and eating.

When not enough in the body, one could experience things such as depression, stress, anxiety and so much more.

I have explained how this neurotransmitter works in the excitatory section.

How Neurotransmitters Are Identified

The process of identifying neurotransmitters is not very easy.

As much as scientists can observe the vesicles that contain various neurotransmitters, the process is just not easy.

It’s because of this, that scientists have come up with a criteria for determining whether certain chemicals are actually neurotransmitters.

Here is that criteria;

* First, the particular chemical must be produced inside the neuron.

* The specific precursor enzymes that should be produced must be present in the neuron.

* For there to be an effect on the postsynaptic neuron, the chemical present must be enough.

* There must be a present enzyme that hinders the action of the chemical or a re-uptake process.

Effects of Medications on Neurotransmitters

To start with, drugs can actually have an effect on certain neurotransmitters.

Let’s look deeper on how this exactly happens.

* There are drugs that hinder or block a neurotransmitter from binding to its receptor, this type of drugs are called receptor 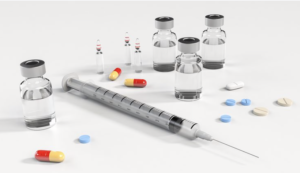 This include drugs used to treat schizophrenia such as clozapine, chlorpromazine and haloperidol.

* There is also a group of drugs that bind to a specific receptor and mimic the normal neurotransmitter.

These are labelled receptor agonists and include drugs such as morphine, which mimics effects of a neurotransmitter called β-endorphin to help one stop experiencing pain.

* Drugs can also cause an action not to occur by completely blocking neuronal activity in the peripheral and central nervous system.

Drugs such as this include tetrodotoxin.

However, please note that these drugs are dangerous.

This is a neurodegenerative disorder that is characterized by impairment of memory and learning.

It is mainly due to a lack of acetylcholine in important regions of the brain. 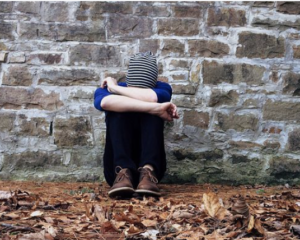 Depression is caused by a lack or depletion of neurotransmitters such as dopamine, serotonin and norepinephrine, in the central nervous system.

Therefore, anyone suffering from this and decides to get treatment, the medication administered is aimed at increasing the concentrations of the neurotransmitters I mentioned above.

When this happens, one experiences uncontrollable muscle tremors.

This disease is brought about by a chronic reduction of the neurotransmitter GABA in the brain.

The disease is more of an inherited disease and unfortunately, there is no cure for it but its symptoms can be treated through increment of the inhibitory neurotransmitters.

This is described as a severe mental illness, which is caused by excessive amounts of dopamine in the frontal lobes.

The result of this is psychotic episodes and when one seeks medical attention, one is administered with drugs that block dopamine levels.

The causes of this disease are by various reasons such as increase of the glutamate neurotransmitter or depletion of GABA.

Depending on what is causing a patient’s epilepsy, the treatment is aimed at either decreasing glutamate or increasing GABA.

This is a rare chronic autoimmune disease which is caused by the impairment of synaptic transmission of acetylcholine at neuromuscular junctions.

The result of this is muscular weakness and feeling tired or fatigued.

A lot of times, the disease is caused by antibodies blocking the neurotransmitter acetylcholine receptors where the postsynaptic meets the neuromuscular.

This hinders the activity of the acetylcholion nicotinic receptors at neuromuscular junctions.

Neurotransmitters are very important in the process of neurotransmission and any alteration in their activity brings about certain disorders as we have seen in the previous section.

This causes certain activities by neurotransmitters and that is why doctors use them to treat certain neural disorders.

It’s important to always have yourself checked by a professional if you notice any symptoms associated with imbalances of the neurotransmitters. 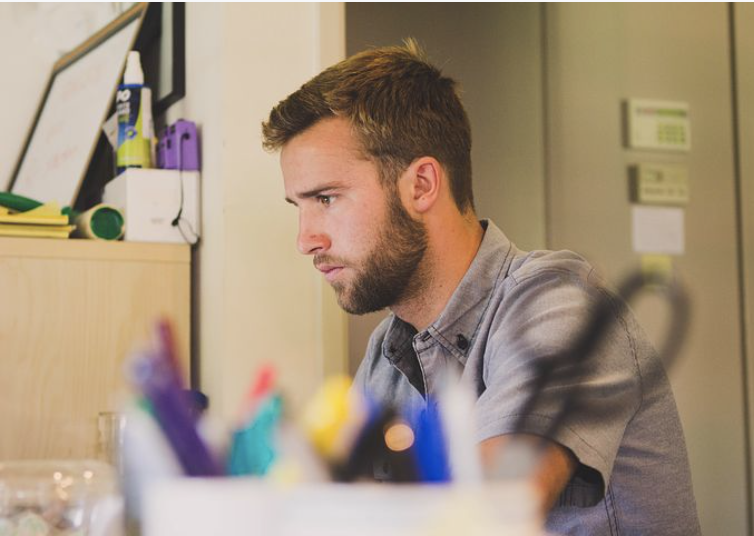 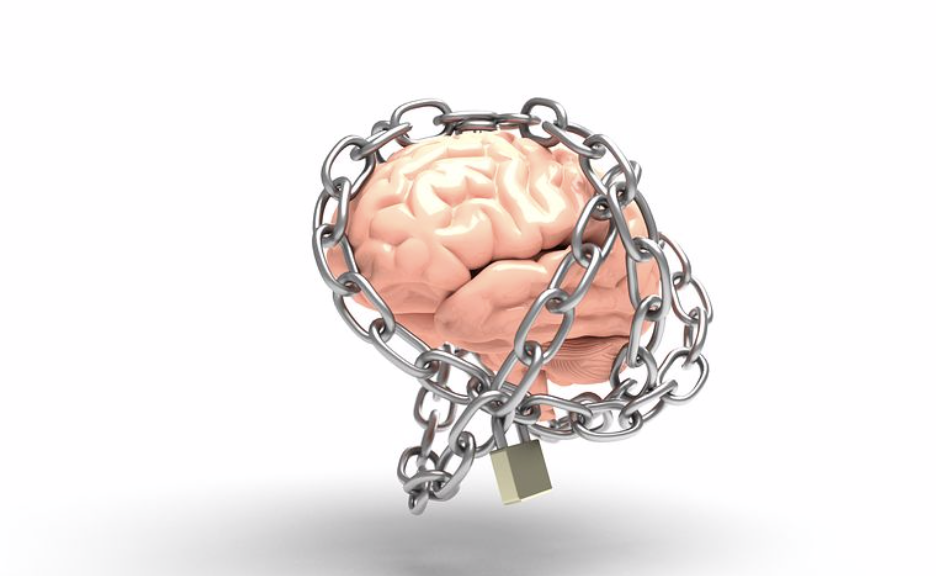