The self-improvement industry, just like any other industry out there, is constantly growing and making developments to make meditation, yoga, and other self-improvement techniques better and more accessible to the people who are interested in making use of them to boost the quality of their lives.

One of the recent developments in this industry is virtual reality meditation, which is where meditation joins hands with virtual reality and gives meditation practitioners the experience of an artificial reality that is designed to enhance their meditation experience and help them have an easier time meditating compared to the traditional form of meditation where we sit down and go through our sessions as we try as hard as possible to reduce the constant mind-wandering that is always happening.

Virtual reality is a concept that is based on replacing reality with a virtual, computer-generated environment. Here, you wear a headset that covers your eyes and field of vision and then creates a new simulated environment for you that looks and appears real.

There are 2 types of virtual reality headsets.

The first is the one that can be used as an accessory for our phones. We can plug our phones inside this headset and use it to view content on our smartphone screens.

The second type is the one that comes as a standalone headset with everything including a screen built into it. Some good examples of these headsets are the Oculus and HTC Vive.

Virtual reality is used in games where a gaming environment is created for us and gives us the ability to feel like we are actually in the game.

For example, if we are playing car racing games, we can have an environment where we feel like we are in the car we are seeing in the simulated environment. And with the buttons, gears accelerators, and brakes, we can drive the car with our hands and see it moving like in real life.

It is also used to train various professionals such as the military. There are some military institutions especially for the Air Force department that works with simulated environments as they train civilians to become soldiers and undertake serious protection missions.

In the flight training program, instead of using real jets and ammunition that would cost a fortune for every trainee, they use flight simulations with all the provisions such as shooting, fighting maneuvers, ejecting, and others that real jets come with, to train for that aspect.

In the recent past, virtual reality has also gained interest in meditation and how they can simulate breath-taking, mind-uplifting, and soul-calming environments for meditators to work with them and have a much more interactive experience with their meditation sessions.

Meditation Meets Virtual Reality And The Transformation That Comes With it

When it comes to meditation, virtual reality is aimed at helping meditators get a more almost realistic experience with their meditation. Most meditation sessions recommend visualizing calm serene places that help our minds relax and calm down.

Now instead of taking the hassle of coming up with visual mental images, we can just plugin our virtual reality headsets and let them do that for us.

Virtual reality has created different sceneries that we are told to visualize and so we can work with it to help us really feel like we are actually there in those places.

On top of that, it has helped create a visual idea of different meditation aspects that have been used and considered sacred in the meditation industry. Things like the Bodhi tree, where the Buddha is said to have been around 500 BC have been created made to help give the meditator an idea of how things look like in real life.

Moreover, there is cool music background that plays in most virtual reality meditation apps which helps bring us to deep relaxation and grounds us in peace and calmness.

Popular meditation apps like Calm are also embracing the idea of virtual reality and they have started incorporating it into their products to enhance their customers’ experiences with meditation.

The Most Popular Virtual Reality Projects For Meditation

Other meditation apps are focused on virtual reality and are gaining traction in the self-improvement industry. These apps include:

Tai chi is viewed as a form of meditation as it heavily relies on awareness of breath and other meditation-based aspects to make the movements purposeful and rewarding. Actually, Tai Chi is defined as meditation in motion.

Meditation apps like WiseMind and Tai Chi Trainer XR are among the Tai Chi-based apps that make use of virtual and augmented reality to improve the learning experience of the practitioners.

Starting with WiseMind, this virtual reality meditation app is based on helping practitioners get better at Tai Chi and have an interactive experience. The people behind it are the Realiteer Corp and it is accessible through HTC Vive. It is set to be launched on Oculus soon

On the other hand, Tai Chi Trainer XR works with augmented reality to create an environment where we have a meditation teacher instructing the practitioners on Tai Chi. It was created by Shao Long and can be accessed using a virtual reality headset on iOS.

It is available on Oculus Rift, Window Mixed Reality HMDs, and HTC Vive.

This is a more advanced app that incorporates guided meditation and mindfulness sessions. You are provided with different simulated sceneries that really create a suitable inner and outer environment for meditation.

The app can be accessed using a complete virtual reality headset or a headset that you can plug your smartphone into and enjoy your sessions. It also provides crucial data such as the heart rate, and other advanced progress tracking provisions for the practitioner.

It was developed by Provata and can be used on any iOS device.

This is an app that also comes with beautiful environments for meditation. You get to choose from 10 options that include a simulated version of the Northern Lights, attractive rice terraces, and many more.

The environments come with calm music to get into some good meditation mood faster and keep you there longer. It was developed by Now VR and can be accessed on Gear VR.

This is among the best chakra meditation apps created with virtual reality. It solves the problem of having to visualize the color change as we tap into our body’s energy wheels and as we let the energy flow through our bodies. It can be accessed on Oculus and Gear VR.

This is an app based in Iceland with its breathtaking sceneries which offer virtual reality meditation in 4K display. You get several meditation sessions in different modes including Calm, Let Go, Restore, Move, Breathe and Focus. It was developed by Breach VR headed by Tristan Elizabeth Gribbin and you can find it on Oculus and Gear VR.

What The Future Seems to Hold For Virtual Reality Meditation

Generally, virtual reality meditation for most people seems to be making more realistic the mental visualization aspect of meditation that is required to practice some forms of meditation such as mental imagery, chakra meditation, and bodhi meditation among many others.

By creating almost real experiences and environments for meditation that are found in various corners of the world, it helps to give the meditator the same brain-enhancing effects as they would from traveling to those destinations and doing their meditation practice from there without actually having to do that.

Also, it helps us have a clearer picture of the various aspects of the history of meditation. While most of the information on meditation in the old days can only be found in history books, virtual reality can help paint a better picture of how things really looked like back then and help us understand more about it.

Research has already begun and although very little research has been done thus far, the results are very promising.

For instance, a recent study aimed to investigate if a 10-minute virtual reality meditation can help regain and improve sustained attention (1).

The study worked with an environment created using virtual reality that was relaxing and which used a game of archery with different targets which the participants were supposed to play as their attention span was being tested. The results showed that the environment gave an attention boost to all the participants as they reported a feeling of recharge to keep working in their daily tasks.

There are also other studies in the same area that are directed at determining the effects of virtual reality, augmented reality, and mixed reality in different other aspects of our lives (2)(3).

Ideally, virtual reality is going to be a game-changer for self-help practices like meditation. By collaborating with meditation experts and teachers, virtual reality experts can make it possible to take the experience of meditation to the next level and have it bring deeper effects with every session.

We believe that virtual reality meditation is just in its early days, and with more research and innovations, we can make it a reliable way to practice meditation for the future generation and have it complement traditional meditation.

What do you think about virtual reality meditation? Please let us know in the comments below. 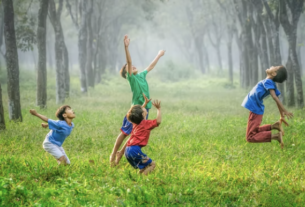 How Guided Meditation For Kids Boosts Their Overall Performance 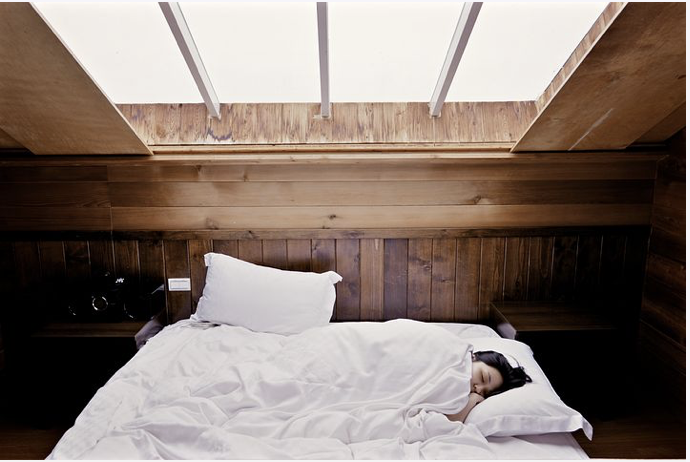 What is Deep Sleep Meditation – A Beginner’s Guide! 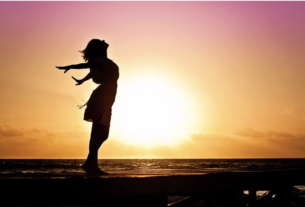 How to Breathe During Meditation The Proper Way

6 thoughts on “Virtual Reality Meditation: The Next Big Thing?”