In war, there are no timeouts or pauses. You always have to be aware of the potential danger around you and do your best to avoid or deal with it. This required skill makes servicemen and servicewomen have the mindset of the potential threat and be on the lookout for the threatening situations or hints of threats and have the tough heart of mercilessly neutralizing the problem.

However, while the skill is helpful and rewarding when doing their job, most veterans find it hard to give it up after their period of service is done, so they end up treating their family members, friends, and close relatives in the same way and end up straining their relationships.

Here, we are going to see how veterans are making the effort of relearning compassion through various self-improvement techniques like meditation.

Combat Situations And How They Steal Compassion

Experienced veterans who have been deployed several times to go fight for the country have seen, heard, and experienced some of the most dangerous things imaginable.

Some left with the workmates joyful and hopeful that their mission would be successful and everyone would be alive and safe as they go back home only to get to their destination and witness their workmates get killed immediately by their enemies.

Others saw their buddies in their force get decapitated or lose some parts of their bodies that are not retrievable. All these experiences happen while they are expected to keep fighting for their lives and their mission like nothing happened, and it sooner or later disturbs them mentally.

Most veterans are not able to attend burial ceremonies for their friends for various reasons like work, and they have a hard time processing the things they saw during the war.

Also, being constantly around loud sounds of bombs, gunshots, and missiles makes them get used to it but also negatively affects them. These experiences make them toughen up, be less emotionally reactive and also bring about various mental health conditions such as Post Traumatic Stress Disorder (PTSD).

PTSD is quite prevalent among veterans across different countries, eras, and wars. A study that involved sixty thousand veterans in the Afghanistan and Iraq era showed that about 13.5% of the veterans, including the deployed and non-deployed, showed signs of PTSD. For the past 13 years, about half a million veterans who were active in these wars struggle with PTSD (1).

Many veterans are encouraged to seek therapy or counseling services to help manage the PTSD symptoms and also learn how to be more human, compassionate, loving, and kind despite what war made them have to be in order to survive.

Meditation is also another promising intervention that has brought rewarding results for many veterans who are affected. Various meditation-based approaches are also being used for the same purposes and have been found to be effective for many veterans.

How Meditation Helps Veterans Come Back Home to Their Lives

When most soldiers finish their service period and are relieved of their duties to go home and enjoy the rest of their retirement, they seem to carry the same combat mindset and attitude home. They become the same emotionless and aggressive people they had to be in war. And since their homes are not places where they are met with hand grenades and ammunition but hugs, warmth, and love, they clash with the people there.

Most veterans get stuck in war and can’t seem to completely get out of it. They require to be helped to slowly shed off the armor of toughness, the veil of being emotionless, and the mindset of being constantly aware of potential threats around.

Those veterans who don’t get help end up taking drugs to run away from the mind-boggling experiences they have had, or have suicidal thoughts or become cold and hard to relate with and their families struggle to make them feel at home and be the sons and daughters they once were before they joined the military.

Those who get help choose to go for medication or therapy. Most medications such as Prozac are common among veterans as they find them useful. However, these medications are not entirely effective and they don’t take away what is truly causing the problems they are experiencing.

Some medical facilities collaborate with the military service to practice the concept of helping the veterans overcome PTSD by taking them through their past troubling experiences in a controlled way, that is in a simulated environment, to help them get to the root of the trauma and recognize what is really affecting them and helping them get past it.

To say the least, there is no shortage of methods to help veterans deal with PTSD and the negative effects of being in the military

Meditation is among these methods that have been found to help rebuild the virtues of love, compassion, tenderness, and kindness which are stolen from the servicemen and servicewomen. It aims at training the mind to perceive the love and deep compassion people have towards us and act in accordance with it.

We all have a way we would like to be perceived and treated by other people. And if we use the same idea to perceive and treat other people, we will get to be treated the way we like.

Veterans are now being trained through meditation on how to uphold and constantly work with that ideology.

The 2 Main Styles of Meditation For Cultivating Compassion For Veterans

The 2 popular meditation styles that help build attributes such as love, compassion, sympathy, and kindness are compassion meditation and loving-kindness meditation.

Compassion meditation is a form of meditation that helps us build deep thoughts of compassion and train ourselves to be compassionate towards ourselves as well as others. It allows us to put aside isolation (in this case), self-absorption, and selfishness, that has been brought about by past experiences, and become more thankful and appreciative of what we have despite our sufferings.

Since we have all experienced various forms of sufferings in our lives, we get to be aware and recognize that the other people we relate with, have also gone through suffering and we train ourselves to be understanding, caring, and genuinely concerned about them.

Here is a detailed beginner’s guide to compassion meditation.

Loving-kindness meditation, on the other hand, is a form of meditation that increases us in the virtues of genuine love, concern, and generosity towards others. It helps us grow in deep love and openness towards other people that in turn make way for us to let go of the hate, indifference, and other negative feelings and emotions we might be having.

By training our thought patterns, actions and improving upon our habits, we become more able to have true affection for other people which makes it possible for us to connect with them deeply and become closer in terms of our relationships with them.

Here is a complete beginner’s guide to loving-kindness meditation.

There are many variations of the mentioned meditation styles as ways to help veterans overcome the thoughts patterns and habits they built over the years they were in service. Some of them are combined with therapy and others with mental relaxation techniques, just to name a few.

These methods have been found to have a positive effect on veterans which helps them slowly open up to their families and friends and let go of the painful memories that make their lives hard.

Results showed that both interventions had the same effects on the participants as far as PTSD is concerned. However, for the depressive symptoms, the loving-kindness meditation group had better results than the cognitive processing therapy group.

Another nonrandomized study that was aimed at determining if a form of compassion meditation called Cognitively Based Compassion Training (CBCT) helps with PTSD worked with 36 veterans who were taken through the training by a CBCT- trained clinical psychologist. They received about 10 sessions that lasted for about 90 to 120 minutes per session. They were then assessed to see if the training had an impact on them. Results concluded that the training led to reduced PTSD symptoms among the veterans (3).

In summary, meditation is shown to be a fruitful intervention when it comes to handling Post Traumatic Stress Disorder, depression, and other related negative effects in veterans. With more research and development, we believe we can understand how we can use the practice as a standalone treatment for PTSD as well as the best combinations for it in therapy that can bring highly effective results. 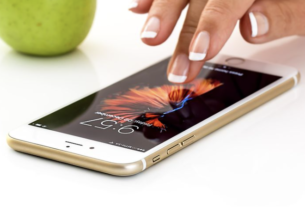 20 Best Meditation Apps For Sleep To Help You Sleep Faster 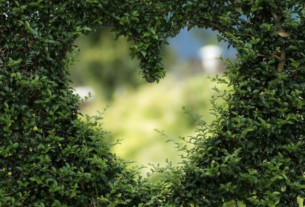 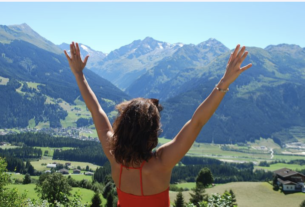 Top 15 Tips on How to Live in The Present Moment