When we are hurt, we naturally want to take revenge on those who hurt us. We desire and make it our objective to inflict the same amount of pain, if not more, that they caused us in the first place so that we can make it even and also make ourselves feel a bit better.

Quite often, forgiveness is not a consideration when we are deeply scarred because we strongly feel that the people who did us wrong did it intentionally and they deserve to feel what they also made us feel. Even if we may want to forgive them, it may not be easy because healing the hurt and fully recovering from the pain is a hard nut to crack.

However, among the many ways known to help us build the virtue of forgiveness and learn to forgive, let go of the past and forget about it, mindfulness is an intervention that is also showing potential.

Here, we will look into mindfulness at length, how it influences the virtue of forgiveness, and what recent studies have found in this area.

Forgiveness At a Glance

Forgiveness is best described as the conscious decision to let go of the resentful feelings or desire for vengeance towards someone or people who have harmed us regardless of whether they deserve to be forgiven or not (1).

We deliberately choose not to be defined by the pain that was inflicted on us but instead recognizes it and let ourselves not act out of it towards the goal of hurting the person or people who hurt us in the first place.

Forgiveness doesn’t mean that we overlook what was done to us and how much it affected our lives. It also doesn’t mean downplaying what was done. No, it means letting the negative feelings and thoughts we have harbored in our hearts and minds go with the wind for the sake of our peace of mind and happiness.

Forgiveness comes in many forms. We may choose to forgive someone or a group of people who made us experience pain in a way that we feel they did it on purpose. We may even choose to forgive ourselves if we have done things against what we hold to be the right and true way of doing things and caused others pain.

Forgiving ourselves often comes after we have asked forgiveness from those who we hurt. Only then can we also choose to forgive ourselves and learn from our mistakes.

There are many benefits associated with forgiveness which include reducing the negative effects the experiences have on us, restoring positive thinking, raising our self-esteem, strengthening our relationships with others as well as with ourselves, strengthening our spiritual lives, and improving our ability to handle stress and solve conflicts.

Being easily forgiving is not something that comes to us automatically and fast as humans. We need time and sometimes even some ways to make us more forgiving. Some people choose to take forgiveness training to help with that.

Mindfulness is a practice that allows us to be aware of the present moment and its experiences and has been found through current research to positively influence forgiveness in our lives.

What Current Research Shows About Mindfulness And Forgiveness

A study that sought to examine the link between forgiveness and mindfulness in the health context used data from 368 participants from college, most of whom were female and Caucasian with an average age of around 22 years (2)(3)(4).

Results from the samples revealed that mindfulness did help with self-forgiveness, forgiving others, and forgiveness of situations with mental and physical health statuses, psychological distress, and somatic symptoms.

Radboud University researchers also engaged in a series of experiments that sought to determine if engaging in mindfulness, or a practice that allows us to remain aware and attentive with an open mind and a welcoming attitude can help us forgive more (5) (6).

Their first experiment involved 160 participants with varying degrees of experience in mindfulness who were divided into 2 groups. The first group practiced meditation and then filled out a survey regarding mindfulness, meditation, and their pull towards forgiveness.

Results showed that the practice the meditators went through did not have any substantial amount of effect on their willingness to forgive. Instead, their inclination towards mindfulness was the one aspect that increased their chances of being more forgiving.

Those participants who were more inclined to be mindful had an easier time and more willingness to perceive things from the other person’s point of view and be more likely to forgive.

The researchers also found that mindfulness was associated with forgiveness of an actual offense that happened in the past, and it encouraged participants who were inclined to mindfulness to have lesser feelings of negativity and a higher likelihood of forgiving 14 days after the hurtful event.

Another study aimed to determine whether mindfulness-based interventions can promote aspects such as personality strengths, mindfulness trait, forgiveness, positive as well as negative affect, and overall life satisfaction which encourage successful performance at work (7)(8).

The mindfulness-based intervention was administered to the 164 Spanish participants (divided into 2 groups with one group acting as the control group) through the Aire Fresco mobile application for the first 2 weeks in the middle of quarantine that came about from the coronavirus (Covid-19) pandemic.

The participants were assessed before and after they received the intervention. The results found that the mindfulness-based intervention did help improve all the aspects mentioned.

In essence, mindfulness and its effect on forgiveness is a growing area of study. And while the currently available research demonstrates the likelihood of making us more forgiving, further and more focused research on different aspects of forgiveness and how they are influenced by mindfulness will help us understand the area better and determine how we can use the practice to be more open-hearted, empathetic and understanding which in turn makes us more forgiving.

However, one thing is for sure, working towards forgiveness and striving to let go of the grudges we hold against other people and ourselves helps us feel lighter, at peace, more positive, and open to new exciting experiences ahead of us. 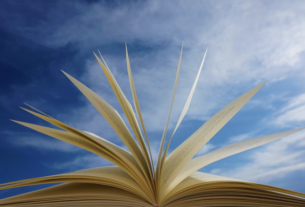 Meditation And Learning – The Benefits of Meditation! 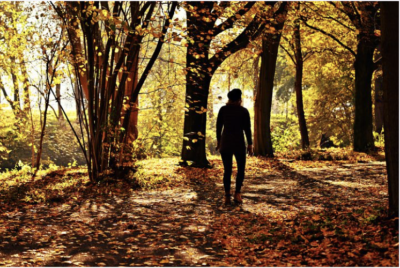 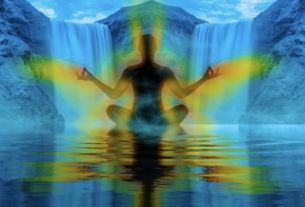 Which Type of Mindfulness Meditation is Best For You?