Fibromyalgia is a condition that millions of people across the globe struggle with every day. It weighs down their lives as a whole and makes it impossible to live peacefully and happily.

There have been numerous interventions that are believed to help ease the pain and suffering that comes with it.

Mindfulness has been found to be among these interventions and we will be taking a look at how exactly mindfulness for fibromyalgia helps and what research experts in the area say about it.

Understanding The Global Issue of Fibromyalgia

Fibromyalgia is among the health conditions that affect huge numbers of people all over the world.

According to the clinical director of the Mayo Clinic Fibromyalgia program in Florida, Barbra Bruce, it affects millions of people in the United States alone and it might have affected as many people as those who suffer from diabetes or cancer, or probably more.

The wider perception of this condition is that it doesn’t exist and many people tend to shy away from the reality of its effects in their lives or the lives of the people they know have it.

However, fibromyalgia is in fact real and really puts pressure on the lives of people who suffer from it.

Some of its common symptoms include depression and anxiety, issues with memory, concentration and thinking, fatigue and tiredness, sleeping problems, stiffness and pain throughout the body, and headaches (1).

In some cases, other symptoms like feeling pain in the jaw (with possible jaw disorders such as temporomandibular joint syndrome) or the face, having numb feet, hands, or both, or having tingling sensations in the same areas, as well as having digestive complications are also a possibility.

The most popular treatment methods for fibromyalgia are medications, good sleeping habits, stress management techniques like massages, muscle strengthening exercises, and fitness exercises as a whole.

Meditation and mindfulness are also great self-improvement exercises that might help with fibromyalgia.

Mindfulness is a meditation practice that is aimed at helping practitioners ground themselves in the present moment by training themselves to be constantly aware of their inner and outer surroundings.

There are many ways to enhance your level of mindfulness as a person. Meditation is the most common one, especially for beginners, as it helps you build yourself in awareness in a limited period, based on the length of your meditation session, that you can then spill over to other areas of your life and ultimately become fully aware throughout the day.

There are also other mindful activities that help improve awareness levels such as mindful eating, mindful walking, resting, body scan, labeling, resting awareness, and reflection among others.

To learn all you need to know about mindfulness, we encourage you to read this complete beginner’s guide to mindfulness.

There are certain therapies too that are based on mindfulness which help with handling various health problems such as the MBSR (Mindfulness-Based Stress Reduction) program.

The MBSR program that was developed by the mindfulness expert, Jon Kabat Zinn is aimed at helping people deal with stress, anxiety, mood problems, and depression using mindfulness training (2).

How Mindfulness For Fibromyalgia Works

While research on mindfulness and its ability to control symptoms of fibromyalgia is still in its early years, experts have found it potentially effective in this area.

The little research that has been done has shown that it may help improve the perception of pain, reduce the negative thinking patterns that most people who suffer from it tend to have, reduce psychological distress, improve quality of sleep, and have better control of overall symptoms.

Mindfulness is a practice that helps the patient be aware of their inner and outer world.

This helps you have a much better perception and response to the condition. Since by nature we tend to perceive things to be worse than they actually are, mindfulness helps us understand and see reality as it is, which takes off some pressure from our lives.

By being aware of the symptoms, we are more able to feel we are still in control of ourselves, which helps us live with it as we work to completely deal with it.

However, mindfulness has only shown good results with regular practice. From the research done, the more patients with fibromyalgia did the practice, the better the results seemed to get.

Research on Mindfulness For Fibromyalgia

One research study concluded that mindfulness meditation may make a reliable complementary treatment for fibromyalgia when used alongside other well-known techniques such as CBT (Cognitive Behavioral Therapy) and physical exercise, although further research that is based on identifying the specific analgesic mechanisms that make the mindfulness-based intervention effective is needed as it can help with accurate targeting on fibromyalgia patients for much better results (3) (4).

Another study that involved taking fibromyalgia patients through mindfulness training over a few weeks and 3 months follow-up process found that the training went a long way in helping to reduce anger, depression, and anxiety in the patients (5) (6).

Yet another study that worked with meditation awareness training showed that mindfulness-based intervention can bring about a significant improvement in adults dealing with fibromyalgia symptoms especially with reducing the effects of the symptoms and perception of pain (7).

This positive effect can be attributed to the ability of the mindful-based intervention to help the patients become less attached to the self.

A 3-armed randomized control trial that used the MBSR (Mindfulness-Based Stress Reduction) program that takes advantage of mindfulness meditation together with other mindful yoga practices on participants with fibromyalgia symptoms showed that the mindfulness-based technique provided very little effect on the patients. They noticed an improvement but not much (8).

A meta-analysis that worked with 4430 records and which 9 trials were included (where most participants were women) found that MBSR (Mindfulness-Based Stress Reduction), MBCT (Mindfulness-Based Cognitive Therapy), and ACT (Acceptance and Commitment Therapy) showed to have a significant positive impact on fibromyalgia symptoms such as sleep problems, pain, depression, anxiety, and other aspects of life, after the treatment (10).

However, the results from the records are inconsistent and limited.

In summary, mindfulness for fibromyalgia is a growing area of study and the research that has been done thus far has shown promising results.

Although, since the results from different studies have been inconsistent and limitations have often been reported, we hope that future research will help us understand how effective this intervention can really be to patients with fibromyalgia, which mindfulness-based techniques are more effective than the others, and how exactly they should work with it for substantial, quicker and long-lasting effects. 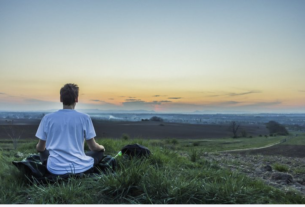 13 Top Tips on How to Meditate The Right Way 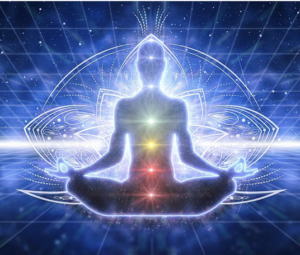 What is Chakra Meditation? Complete Guide for Beginners! 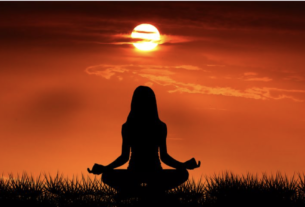