When it comes to mental, physical, and emotional pressure, the military is among the many units in the world that are highly affected. The tough training they go through to become soldiers, the war zones they are later deployed to, which are extremely dangerous, and the heart-breaking experiences they go through of losing their fellow soldiers in combat and being immersed in a bloodbath while being expected to not be carried away emotionally by these things can slowly build up stress in their lives.

An unknown former military man once said, “Military academies teach how to go to war but not how to come back from it” and it couldn’t be any more true.

Many interventions have been sought to help manage these life-threatening cases of PTSD (Post Traumatic Stress Disorder), suicidal thoughts, and even depression that make countries lose their former soldiers, and among them is meditation and mindfulness. Here, we are going to explore how meditation can be used as a method of combat preparedness to help soldiers before, during, and after the war.

Military men and women across the globe tend to face a huge amount of stress in almost every aspect of their work. And research shows that the more they keep on with their work, the higher the rates of stress and possibilities of struggling with a mental health disorder at some point in their lives.

Research published in the American Psychology Association in 2011 showed that, in the United States, about 13% of the soldiers reported acute stress in 2009 while in 2010 the figure rose to 17%. On top of that, comparing the first deployment and the third to the fourth deployment of the soldiers, about 5% of them took medication for a mental health condition they were having on their first deployment. However, on their third deployment, about thrice as many soldiers were on medication for the same (1).

Another study on Afghanistan and Iraq veterans showed that out of the 60,000 participants, almost 14% of both the deployed as well as the non-deployed veterans were found to have PTSD (Post Traumatic Stress Disorder). In fact, in the last 13 years, around half a million soldiers in the United States have been found to have PTSD (2).

And the scary thing is that one in every five soldiers who came back from Afghanistan or Iraq showed signs and symptoms of PTSD and it’s only a little over half of them who have tried to get treatment.

While many free mental health services are offered to active soldiers and veterans, educating and encouraging them to have personal self-improvement techniques such as meditation can help avoid the huge impact that war has on them and even help them be able to manage their mental health issues such as anxiety, depression, stress, and even avoid suicidal thoughts or the chances of becoming addicted to substance abuse as a way to deal with the stress.

Meditation can make a good intervention for many military service members for preparing for war, remaining composed, grounded, and alert during the war, and having more peace and mental calmness, and clarity when they come back home.

How Meditation And Mindfulness Can Help Military Service Members to Cope

The practice of meditation can handle most of the issues that come with serving in the military. It can also help improve the performance of the servicemen and women as it improves various aspects of our lives that can come in handy for them.

Beginning with stress, meditation has shown effectiveness in reducing high levels of stress. Research on a style of meditation known as mindfulness meditation showed that it helps to reduce the negative effects that psychological stress has on neurogenic inflammation (3).

As far as depression is concerned, there are certain chemicals known as Cytokines, which are produced by the immune system cells. These cells increase when we are stressed and they go on to affect our moods too, to the point of depression. Practicing meditation regularly can reduce these chemicals and in turn lower high levels of depression (4).

Therapies that are based on meditative techniques have great potential in managing PTSD and can be easily used by those veterans who shy away from the therapies that are solely focused on trauma. Although meditation for PTSD is still in its early days, the little research that has been done in the area has shown that if well studied and applied, it can actually make a good alternative intervention.

Other than handling the negative effects, meditation can also improve soldiers on duty in different areas including sharpening their focus, improving their problem-solving skills and creativity levels, reducing their pain sensitivity, and improving the quality of their sleep. Here are the top research-backed benefits of meditation.

Mindfulness is also another practice that drags along with it several benefits that the military people can get to enjoy (5).

It reduces rumination of thoughts that end up leading to stress and depression, It also reduces emotional reactivity, a critical skill needed in the military. Mindfulness can allow the soldiers to detach themselves from the mentally and emotionally upsetting pictures they get to see in war and help them remain focused on the task at hand.

Working With Mindfulness And Meditation For Military Service

Many military schools have stress management structures set in place for their own which aim at reducing the stress that comes from the training. Some have also organized departments that offer therapy sessions and other counseling services for soldiers who come back from war.

Many governments around the world try their best to offer as many stress management sessions for active soldiers and veterans, and they keep improving upon these services to ensure they are offering maximum value to the soldiers and helping them not get affected by their experiences.

However, soldiers can also take up the responsibility of improving themselves and their abilities to handle stress by taking up the practice of meditation and making it a habit.

There are various approaches that meditation and mindfulness offer which can be useful. Some of them include:

1. Mindfulness meditation – This is a practice that is aimed at training the practitioner to remain aware and present. It grounds us in the present moment by training us to let go of the past thoughts that make us feel regret and pain and the future thoughts that bring about anxiety and worry. Mindfulness meditation can be used by soldiers to help them remain here and now when their minds wander away to the thoughts and experiences that increase their levels of stress, anxiety, and worry.

2. Mindfulness activities – Mindfulness techniques such as mindful eating, mindful speaking and listening, mindful walking, mindful bathing, and mindful working can also bring added benefits of improving our level of mindfulness. The more we are aware throughout the day, the fewer the chances of getting stressed. These activities are done every day by everyone including soldiers. And having that personal effort of remaining aware during such moments, they can boost their level of mindfulness which can help them have an easier time being mindful even during war or training and reduce the pressure and the effect of pressure that comes with the two events.

3. Maranasati meditation – This is a meditation practice that includes several mindfulness exercises which are aimed at increasing mindfulness of death and letting go of the anxiety, worry, fear, and other negative feelings by recognizing the potential of death that is always there at any moment in our lives and deeper thoughts and reflection about it which allows us not get affected by the thought or anticipation of it.

4. The MBSR (Mindfulness-Based Stress Reduction) program – This is a program that works with mindfulness training to help deal with stress, depression, anxiety, and mood issues. It was developed by a well-known mindfulness expert called Jon-Kabat Zinn (6).

5. MBCT (Mindfulness-Based Cognitive Therapy) – This is a form of therapy that involves mindfulness, cognitive therapy, and meditation with the aim of handling various health issues including anxiety, bipolar disorder, low moods, and depression (7).

In summary, meditation and mindfulness are proving to be reliable interventions for helping to cope with stress, anxiety, anger, and other emotional and mental-related issues. This area is a growing area of study that has already shown promising results with different studies and experiments.

We believe that with more research and properly planned implementation procedures for the military to work with, we will be able to save more lives of those people who sacrifice theirs to ensure our countries are peaceful and prospering. We believe meditation will help us serve the people who willingly gave their lives to serve us. 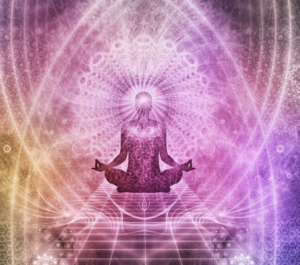 What Are The Benefits of Meditation? Top 15! 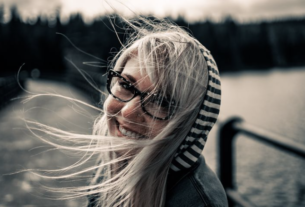 Does Meditation Make You Happy? The Twist! 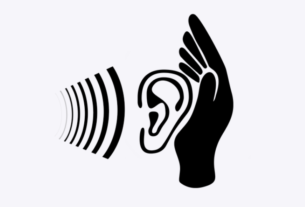 Mindfulness, Meditation And The Senses

2 thoughts on “Meditation As Part of Combat Preparedness”