Most often, you will find people who engage in meditation and yoga having mala beads with them during their sessions.

This might be confusing for people who are just getting into these practices as they don’t know what the beads are for and what significance they have or what specific role they play in the meditator’s life.

And for those who have known about them and gotten interested in working with them in their yoga or meditation journey, using them the proper way for maximum benefit might also prove to be a hard nut to crack.

This post covers the whole essence of mala beads and how best to work with them.

Mala beads are a collection of beads that are often used in prayer, meditation, and self-improvement at large.

In old age, they were used for prayer and meditation but have slowly become useful in helping self-improvement enthusiasts ground themselves in awareness, attention, and focus.

Mala beads can be traced back to India, where Buddhists and Hindus made use of them to help them focus during their spiritual practices.

Catholics too used and still use them to help them with their prayers.

Today, they are now being used by many people regardless of their religious and spiritual background.

You don’t have to be a spiritual or religious person to use mala beads. You can work with them to help them remind you to achieve an intention you have set for yourself that is related to personal development.

Mala beads usually have 108 similar-sized beads and one bigger one that is known as the Guru bead that is usually placed at the end, so that the one using it can feel the beginning and end of the mala when working with it during their practice.

A tassel is also added to the Guru bead in most mala beads.

The number 108 is believed to be a sacred number to many spiritual groups where “1” represents the highest truth, the Universe or God, “0” represents humility and emptiness and “8” represents timelessness and infinity.

However, there are now beads that have been made that have 54 beads or 27 beads, which is half or quarter of the 108 beads that are popularly known.

You might also find other beads that have 108 beads but have special features added to them after every 27 or 54 beads, for various purposes that are in line with different practices.

Mala beads are made of different materials including wood, pearls, seeds, crystals, and stones. For some groups, the kind of material used in the beads, and their color have significant value as it goes to define many aspects including the energy they evoke.

There are also necklaces that have beads that can also be used in place of mala beads.

You can get both of these in meditation centers, yoga studios, and even online.

The word “Mala” means decoration and they make a good complement to different self-improvement exercises.

As earlier mentioned, the main reason why most people work with mala beads is to help them remain focused, attentive, and aware of an intention, desire, or goal they have made for themselves.

Wearing mala beads acts as a reminder of these things you have set for yourself, whether in meditation, yoga, other self-improvement exercises, or anything you feel you want to seriously pursue in your life or things you want to bring mindfulness to.

Using mala beads for your meditation practice will help you gain the benefits of meditation since you are able to follow through with the practice on a consistent basis.

As you move your fingers through the beads repetitively when you are meditating, you are able to remain focused for a longer period in your session than you normally do.

Also, you can use the beads to keep track of your progress in your meditation session.

For instance, if you are using a meditation form that has you chanting, you can hold each bead as you chant to help you know the number of times you have done it and thus make your meditation sessions more fruitful.

And the same case applies to all other areas of your life you choose to use the beads for.

By figuring out how you can make them blend in with your practice, you will be able to have a more productive experience with the practice.

When it comes to choosing the best mala beads for yourself, the most important thing to consider is your personal relationship with them.

And while this factor is one and seems simple, it actually goes deeper than you might think.

Here are the questions you should answer for your case to help you get your perfect fit:

– Is it for your meditation practice? Yoga practice? Or for other reasons?

– How involved will the mala be while doing your practice? (Some forms of meditation require a deep relation with the mala than other forms)

– Will I use it for one or more purposes?

– Which one looks more appealing to my eyes?

– Which material that makes the malas do I find more interesting, inspiring, or good to touch?

– Which material that makes the malas do I have a special connection or relation with based on my inner feeling or past interactions with the material?

– Which one do I seem to love right off the bat?

These questions will be a good guide for you to understand why you are getting malas, how you are going to use them and which ones you prefer more than the others, which will go to help you settle on the best match for you.

Ideally, get a mala that really defines you uniquely as a person.

Also, other factors you might consider as well include color, price, and the number of beads.

How to Use the Beads For Meditation

In meditation, mala beads are usually used to help retain focus and attention in 2 main ways:

A mantra is a special word or phrase that is commonly used during meditation to help the practitioner have a deep connection with their practice that inspires and improves different areas of their lives in different ways.

A mantra could be a simple phrase as “I am love” or “I am always peaceful” and can also be a word with a hidden meaning, such as “Om”.

Meditation styles like transcendental meditation use mantras to help the meditators make the most of the practice.

If you are one of the people who use mantras, here is how you can work with the mala seamlessly.

Step 1. During your meditation session, when you get to the point where you should recite the mantra, hold the mala, and have a good grip on it, that is not too loose or too tight.

Make sure you use your thumb and middle finger of your dominant hand to hold the mala. Avoid using the index finger since it is regarded as the “ego” finger.

Hold the mala in a way that the guru bead is pointed towards your body.

Step 2. Begin with the first bead that is next to the guru bead and the tassel from whichever side you prefer.

Step 3. Now for every time you recite your mantra, you touch a bead. And when you repeat the mantra, you hold the next bead to it.

Step 4. Keep repeating the mantra as you touch the next bead until you come back to the guru bead.

Step 5. When you get to the guru bead, take time to do some reflection and be grateful for the fact that you have been able to have a refreshing time because of your mala. The guru bead is known to represent reflection, honor, and gratitude for the value you have gotten from the practice.

Step 6. If you wish to continue using the mala, you should repeat the previous steps, but this time, you should use the mala backward, that is, in the opposite direction instead of going over the guru bead to do another rotation.

It is believed that going over the guru bead is not good practice.

What you need to do is simply use the same steps provided for using your mala with mantra meditation but this time instead of reciting a mantra, you focus on breathing in and out and then touching a bead.

If you are not going to use your mala for meditation, you should aim to look for aspects that are aimed at helping you focus and direct your attention in your practice and use your mala to help strengthen that.

However, you should also acknowledge that you are a human being and most likely, your mind is going to wander often even when using a mala.

When you notice this, simply redirect your attention to your practice and keep using the mala.

You will get better in good time.

In summary, mala beads make great complementary tools to help you make improvements in the aspects of your life you feel are needing.

The more you use them, the better you will become and the stronger you will grow in that area.

As they say, practice with mala perfects your life. 🙂 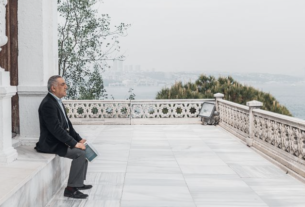 How Meditation Influences Emotional Processing Even After Meditating 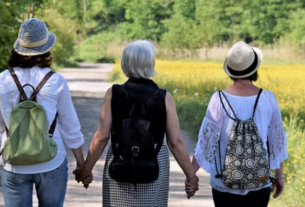 How Mindfulness Influences Our Sense of Generosity 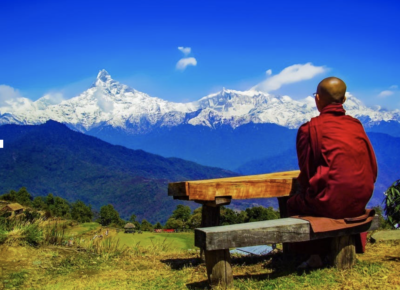 What is Meditation? What You Need to Know!

4 thoughts on “How to Use Mala Beads For Meditation”