We all desire to be around generous people and to be also perceived as more generous due to our selfless giving to people who matter in our lives, people who we don’t really like, and even to strangers.

Just like we have been helped before by the 3 groups of people, it would also be a blessing to pay it forward by extending our hands to those who need it the most.

There are many ways that have been found to help us become more kind, selfless, and compassionate which helps us more open-handed and giving to others. Meditation and mindfulness are some of the many self-improvement practices which have often been linked to kindness and generosity.

Today, we seek to explore how mindfulness influences generosity and what research studies on this area have found.

The Virtue of Generosity

Generosity is defined as selflessly giving ourselves to others for their service and benefit without expecting in return.

Another insightful definition that was given by a self-improvement expert when he was asked which form of generosity is the best is, “The kind of generosity where you give while you fear poverty.”

We are naturally wired to be generous and share what we have with other people. However, the trials and tribulations of life have changed us slowly to become people who look out for themselves only.

When we experience lack and reach out to other people who don’t help us when we are in need, and who even go a step further to insult us because we asked for help, we get injured inwards and it makes us only want to focus on ourselves. This is the natural thing to do after that kind of treatment.

However, we end up forgetting two things. First, not all people are like that. Though many people are selfish, there is an increasing number of people who seek to help others before they can help themselves.

Second, we shouldn’t let negative actions from other people affect our positivity and compassion.

Everyone in life experiences trouble and suffering at some point in their lives and no one knows when their time will come. So the only good thing we can do is help those who are in need while they are in need before our time comes and also help for the sake of helping as it is a noble act.

Being generous is a virtue that should be constantly cultivated, and we should aim to be kind, not just with our money, but with our time, our words, and our actions.

Different resources and training have been created to help us tap into our inner natural attributes of kindness and compassion which we have lost over time as we grew up.

There are also various self-improvement practices including meditation practices which have been designed to help us have a more open heart and extended our hands to others.

Mindfulness is also a practice that has been linked to increasing our generosity and is being researched by experts to understand if it always brings about the effects on everyone and if it can be used as a clinical intervention in therapies and other treatment methods.

What Research Has Found on Mindfulness and Generosity

Various studies and experiments have been performed to determine different aspects of mindfulness and their links to generosity, and the results have been mixed.

Most of the studies support that mindfulness has a positive impact on our sense of kindness and generosity while some say otherwise.

A study carried out by UCLA (the University of California, Los Angeles) and Yale University sought to determine how mindfulness training can affect the likelihood of participants donating to a charitable cause. The study involved 326 participants who were divided into 2 groups (1)(2)(3).

The first group received an online session of mindfulness meditation training and the second group acted as the control group. After the training, the researchers observed how much the participants from each of the groups were willing to donate some of the payment they received to charity.

The results showed that the participants in the mindfulness group were almost thrice as likely to make donations compared to the control group.

Another study suggests that engaging in compassion meditation and other meditation practices such as loving-kindness meditation which improve our level of mindfulness can promote altruistic behaviors through regulation of our emotions, increasing prosocial motivation, and enhancing empathetic responses to the distress of others (4).

Another study included a series of studies of employees in different industries and how they responded, in terms of altruistic behaviors, to mindfulness training (5).

The first study involved two groups of participants, the first group involved workers at a US insurance company who were taken through daily mindfulness training for a short period while the second group was a control group made of workers under a waiting list. After 5 days, results showed that the mindfulness group showed more helping behaviors than the control group. The results of this study were similar to a related study on workers in an Indian consulting company where the mindfulness group gave their money and time to others freely and willingly.

The second study in this series of studies showed that people who engage in focused breathing meditation, a distinct form of mindfulness training, proved to be more generous with their money.

The third study which worked with loving-kindness meditation and focused breathing meditation showed that those who engage in the two practices are more likely to help others and think of themselves as part of a whole existence of the human race and therefore be more inclined to help others as they are also helping themselves, in the grand scheme of things.

Many other studies have supported the effectiveness of mindfulness and mindfulness-based interventions in increasing our concern for others (6)(7).

On the other hand, the practice of mindfulness has also been found to encourage selfishness, egotism, and reduced prosocial behavior.

One study that worked with a series of 8 experiments involving 1400 Portuguese and US participants showed that the participants who had guilty feelings for having caused their friends various forms of pain and suffering showed no signs of wanting to repair the friendship and apologize because mindfulness reduced the guilty feelings they experienced (8).

Another study involved 366 participants from college and first gave them assessment questions to determine their level of independence and interdependence. Afterward, they were divided into 2 groups where the first group received a form of breathing-based meditation which increases mindfulness and the other group was the control. The participants were then asked to volunteer to help stuff envelopes for charity purposes.

Although this can be explained by the fact that mindfulness only revealed the participants to themselves. It made them more aware of who they were as opposed to making them more selfish or generous. 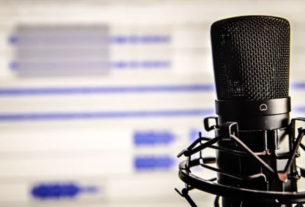 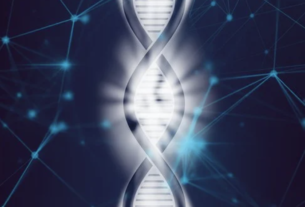 A Deep Look Into How Meditation Can Change Your Genes 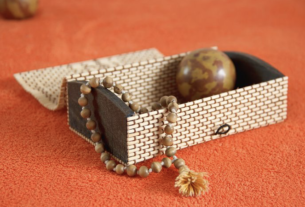 How to Use Mala Beads For Meditation